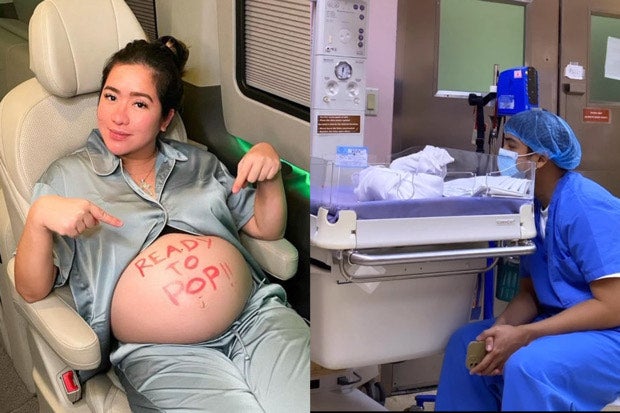 The singer showed a digital clock and the exact time of Sylvio’s birth, as seen on her Instagram Stories, also yesterday. 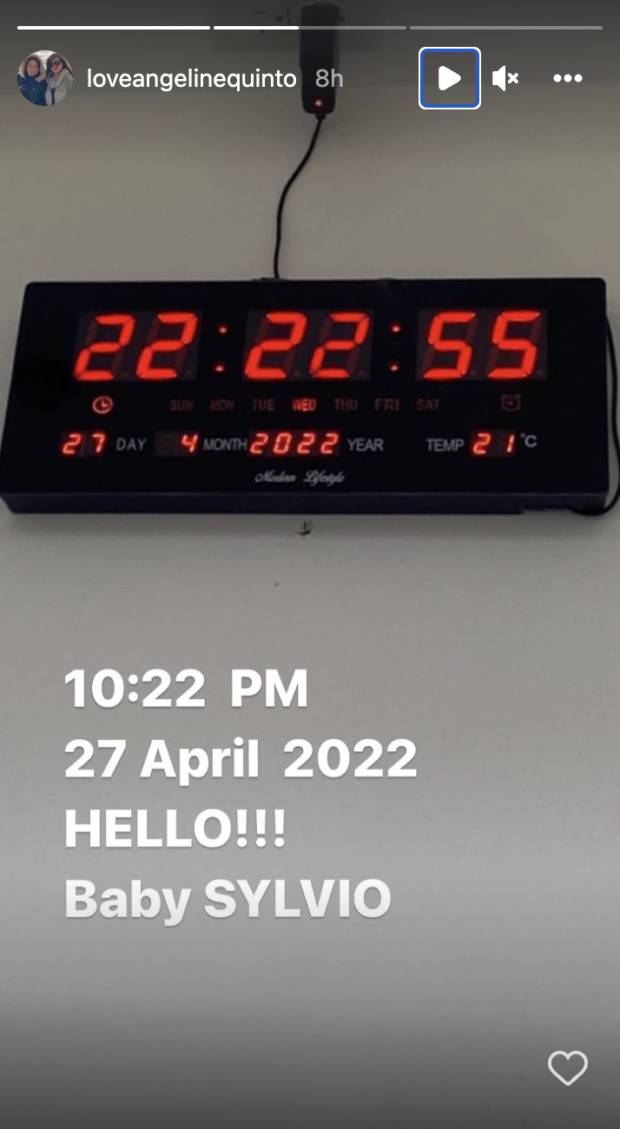 Quinto also gave a glimpse of his partner having a father-and-son moment with their child, showing him looking at the baby while sitting beside the child’s bed.

“Love at first sight,” she stated. 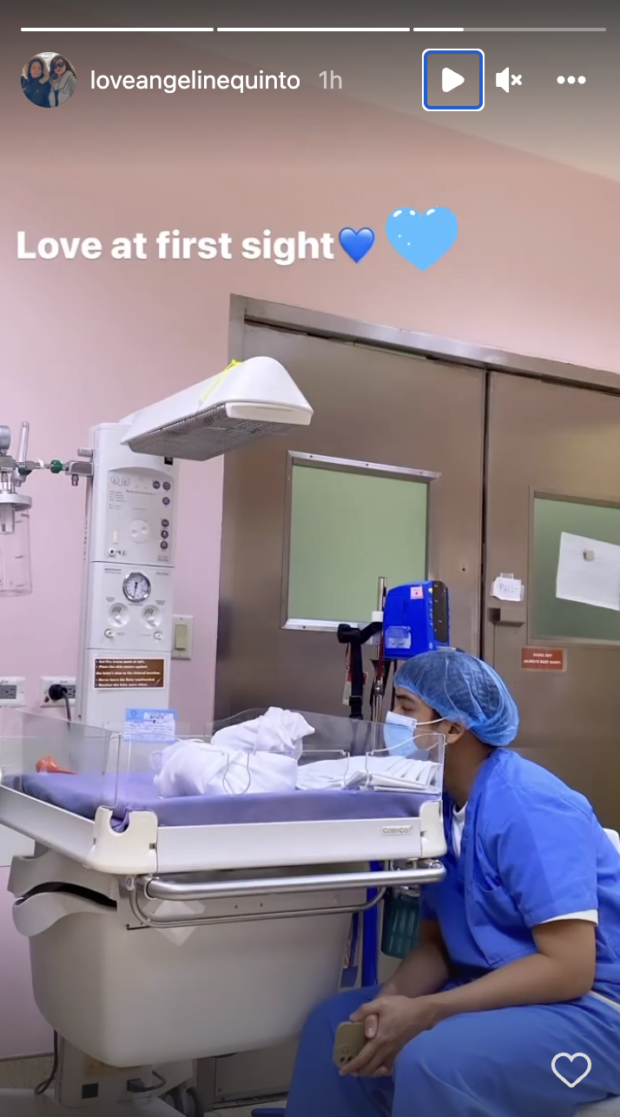 Quinto also treated fans to snaps of the moments before she gave birth, via her Instagram page, also yesterday. She showed herself sitting inside a van with her pajamas on and the words “ready to pop” written on her stomach; later, she was lying on a hospital bed with an oxygen mask on. 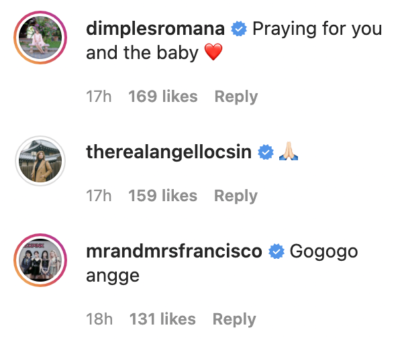 Quinto confirmed her pregnancy to the public in December last year through an exclusive interview with King of Talk Boy Abunda. A month after, she revealed that she is having a baby boy.

Although Quinto initially stated that she is keeping the identity of her partner private, the singer gave a glimpse of his face in a maternity shoot they had last February. JB