Saudi, Disney at odds over ‘LGBTQ references’ in Marvel film 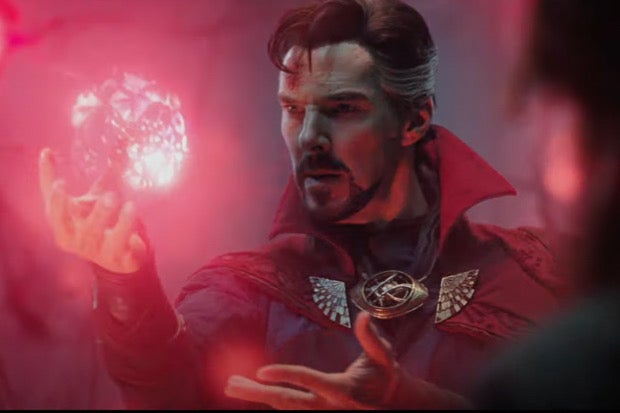 “Doctor Strange in the Multiverse of Madness” (Image: YouTube/Marvel Entertainment)

Saudi Arabia has asked Disney to cut “LGBTQ references” from its latest Marvel superhero movie before it can be screened in the kingdom, an official told Agence France-Presse on Monday, April 25.

Disney has so far declined the requested edits to the film “Doctor Strange in the Multiverse of Madness,” slated for release in early May, that amount to “barely 12 seconds” in which a lesbian character, America Chavez, refers to her “two moms,” said Nawaf Alsabhan, Saudi Arabia’s general supervisor of cinema classification.

“It’s just her talking about her moms, because she has two moms. And being in the Middle East, it’s very tough to pass something like this,” Alsabhan said.

But he disputed reports the movie had been banned outright.

“It’s never banned. It will never be banned. There’s no reason to ban the film. It’s a simple edit… So far they have refused. But we haven’t closed the door. We’re still trying,” he said.

Asked Monday about the film, which stars Benedict Cumberbatch, an employee for AMC Cinemas in Saudi Arabia said it had been “withdrawn.”

Saudi Arabia lifted a decades-long ban on all cinemas in late 2017, part of a series of social reforms spearheaded by Crown Prince Mohammed bin Salman that are shaking up the deeply conservative kingdom.

The country has since seen significant growth in movie ticket sales, with revenues totaling $238 million in 2021, a 95% increase from the previous year, Variety magazine reported in January.

Homosexuality is a potential capital offense in Saudi Arabia, known for its strict interpretation of Islamic sharia law which forms the basis of its entire judicial system.

The dust-up over “Doctor Strange in the Multiverse of Madness” is not the first time a Marvel movie has run into trouble with Saudi regulators.

The Hollywood Reporter reported last November that “Eternals,” which features a gay couple, similarly prompted edit requests from Gulf countries including Saudi Arabia that Disney refused to make. The film ultimately did not screen in Saudi Arabia.

Disney’s stance on LGBTQ rights has attracted controversy in the United States, where the governor of the state of Florida on Friday signed a law that eliminates a statute that has for decades allowed Disney to act as a local government in Orlando, home of the “Disney World” theme park.

The move was the latest episode in a dispute with Florida officials after the company criticized the passage in March of a law banning school lessons on sexual orientation. AP