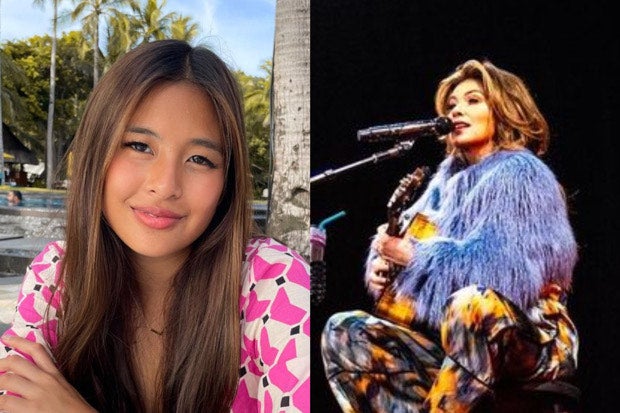 Gabbi Garcia was ecstatic after Canadian singer Shania Twain saw her and her boyfriend Khalil Ramos’ slow dance to the singer’s 1990s hit song “You’re Still The One.”

“[Hi, oh my gosh]. We love your song. Would love to watch you live soon!!!” Garcia replied to the country-pop music icon. 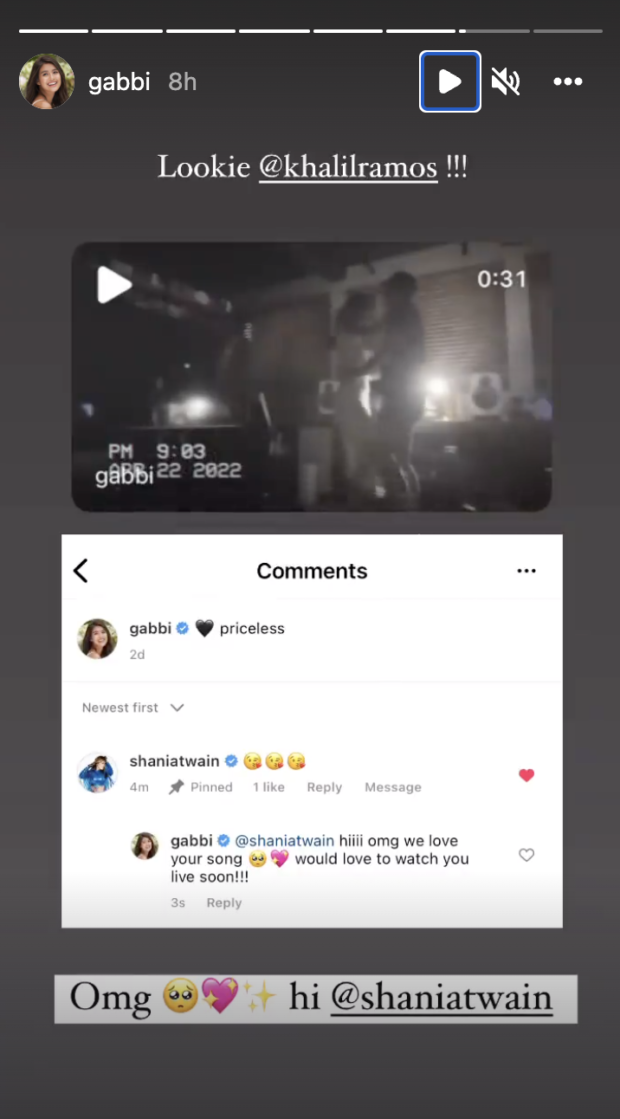 Garcia earlier gave a glimpse of her romantic moment with Ramos which sent fans gushing and giddy. The actors, who have been a couple for five years now, danced to the classic Twain song which is about a love that stayed and withstood challenges.

Meanwhile, Twain recently performed at the Coachella Valley Music and Arts Festival in California, along with British singer Harry Styles. The duo sang Twain’s songs “Man! I Feel Like a Woman!” and “You’re Still The One.” JB

Read Next
Kris Aquino leaves PH in few days, to stay abroad for over a year for treatments
EDITORS' PICK
Luzon, Metro Manila bear brunt of Karding’s impact
Okada Manila is truly back to business as usual
Chinese-Filipino group backs ban on POGOs
House energy committee chair Arroyo bats for cheap electricity
Luzon folk flee as LGUs raise alert for Karding
vivo gives users more reasons to claim #MemoryIsPriceless
MOST READ
#WalangPasok: Suspended classes due to habagat, September 20, 2022
LOOK: Erika Rae Poturnak, Kobe Paras kiss and cuddle in her birthday greeting to him
Classes suspended in some areas in Luzon due to ‘habagat’
LPA may form east of Luzon, says Pagasa
Don't miss out on the latest news and information.