Kris Aquino leaves PH in few days, to stay abroad for over a year for treatments 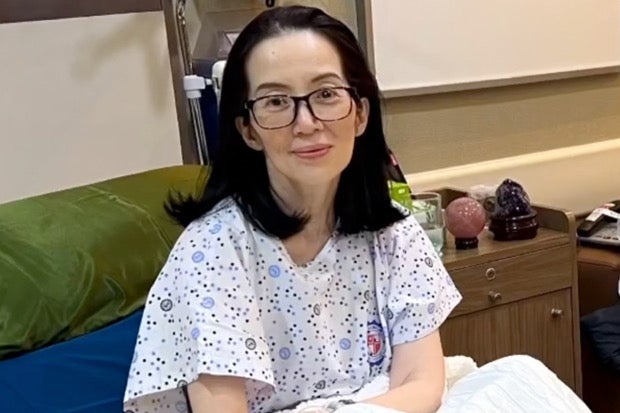 Kris Aquino will be leaving the country anytime now and is set to stay abroad for more than a year for her medical treatments.

Aquino gave an update on her departure through a birthday greeting she sent to Asia’s Songbird Regine Velasquez, as seen on the singer’s Instagram page last Saturday, April 23.

“Mare (Friend) sorry if my greeting is late — we leave in a few days and we’ll be gone for more than a year for my medical treatments. Medyo (It’s a bit) overwhelming,” Aquino said.

The Queen of All Media also expressed her gratitude to Velasquez and her husband, fellow singer Ogie Alcasid, for consistently checking up on Aquino through Darla Sauler, her former “Kris TV” sidekick and friend. Sauler earlier visited Aquino which marked their reunion after almost three years of not seeing each other. 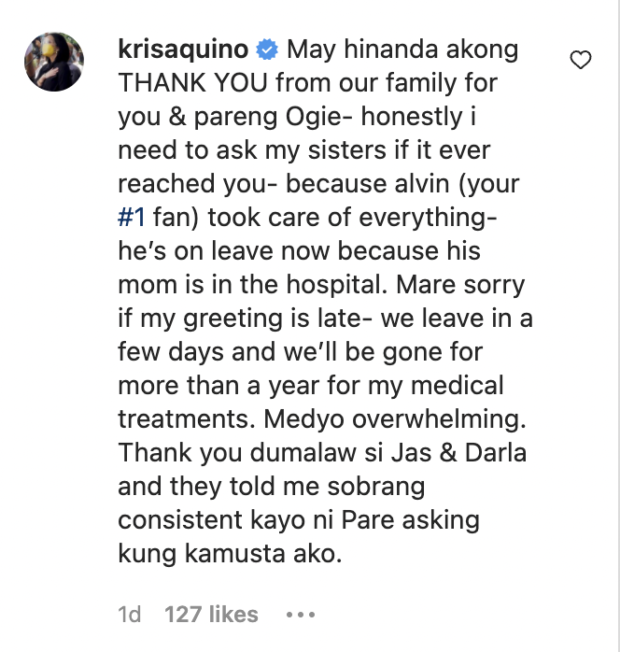 Aquino has recently been diagnosed with erosive gastritis and gastric ulcer on top of her autoimmune disease. Despite her condition, Aquino attended a campaign rally held in Tarlac last March 23 where she endorsed presidential candidate Vice President Leni Robredo. JB