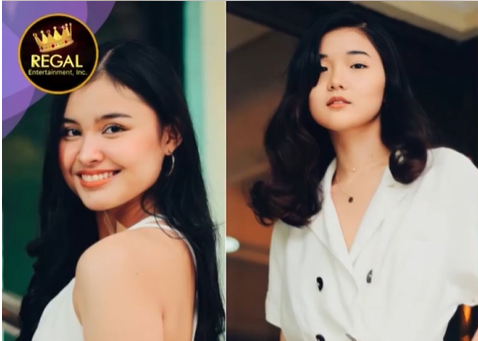 One thing I have always championed is the discovery and development of new personalities in showbiz who have the “It Factor,” that ever-elusive intangible about them that greatly helps to separate them from the rest of their peers. Yes, it is an open secret that showbiz has a very quick turnover, meaning that if you do not strike while the iron is hot, you can miss your spot and someone else can literally take it.

In an industry wherein competition is the name of the game, being good-looking is not enough. There must be something that is real, relatable and intangible about you. Notice that I repeat the word intangible because without that single quality, your physical appearance and even acting ability can only take you so far.

Now, here come the new faces I have included in the title of my column, who happen to be the newest Regal Babies. They are Jana Francine Taladro and Mika Reins, who are new stars of “Raya Sirena” which made its nationwide premiere today at 3:05 p.m. on GMA Network. It is no coincidence that they are there because alongside the main stars Sofia Pablo and Allen Ansay who are fondly referred to as “Team Jolly,” there are stars Ayeesha Cervantes, Juan Carlos Galano, Elias Point, Shecko Apostol, Saviour Ramos, Shirley Fuentes, Mosang and many others.

I truly believe that in every brand new show, whether that is a series or a mini-series, there must be new faces, but they have to fit in with the other more seasoned and veteran cast members. In short, they will fit in like a fish in water. And I say that without any pun intended, given that “Raya Sirena” is a fantasy-romance with a bit of comedy and revolves around mermaids. Right here, and perfect examples of what I am saying, you will find Jana Francine Taladro and Mika Reins who are two brand new young actresses that made their triumphant nationwide debuts today in “Raya Sirena.” And with this, they have begun their foray into showbiz.

To note, Jana Francine Taladro had been wanting to join showbiz since she was a very young girl. In fact, she can act, sing, dance, play the guitar, has attended many acting workshops, and even became the grand winner of a major reality talent search competition a few years ago which was televised. So, I have to say this is a long time coming for Jana Francine Taladro. Indeed, her patience, perseverance, talents and hard work have finally put her here. On a personal note, I had always believed that Jana Francine Taladro would eventually make it, even though she was then an unsigned talent I was championing for. Her dreams have come true.

Showbiz history has proven that more often than not, the next big stars to keep an eye out for and follow are a few of the co-stars, and in this case, with “Raya Sirena,” these will be Jana Francine Taladro and Mika Reins. Keep watching out for them.