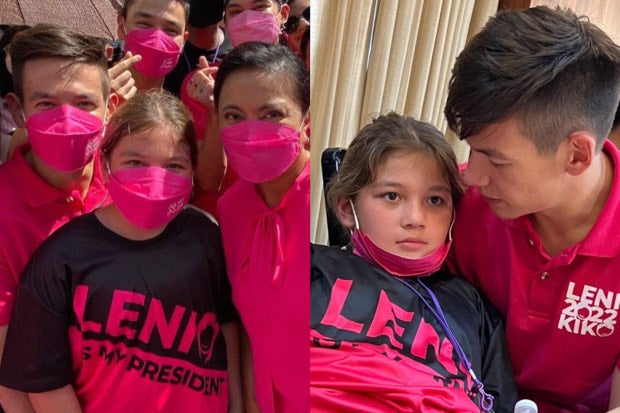 Jake Ejercito expressed joy after he brought his daughter Ellie to a recent campaign event held in Bataan and Olongapo, where she was able to meet her dad’s presidential bet.

“When the one you are fighting for and the one leading the fight meet,” Ejercito said while showing snippets of the said encounter, via his Instagram page yesterday, April 20.

The actor and his daughter were noticed by Robredo as she passed their way. Ejercito greeted Robredo, telling her that he brought Ellie with him. The vice president then hugged the child and told her that she was a fan of Ellie.

Ejercito then showed himself at the stage speaking in front of the crowd while Ellie watched him from the back. Other celebrities who were with him in the event were Edu Manzano and Cherry Pie Picache.

Ejercito also gave a glimpse of their father-and-daughter moment, adding the hashtag #MgaPagodButDiSusukoForLeni (People who are tired but will not give up for Leni), as seen on his Instagram Stories, also yesterday. 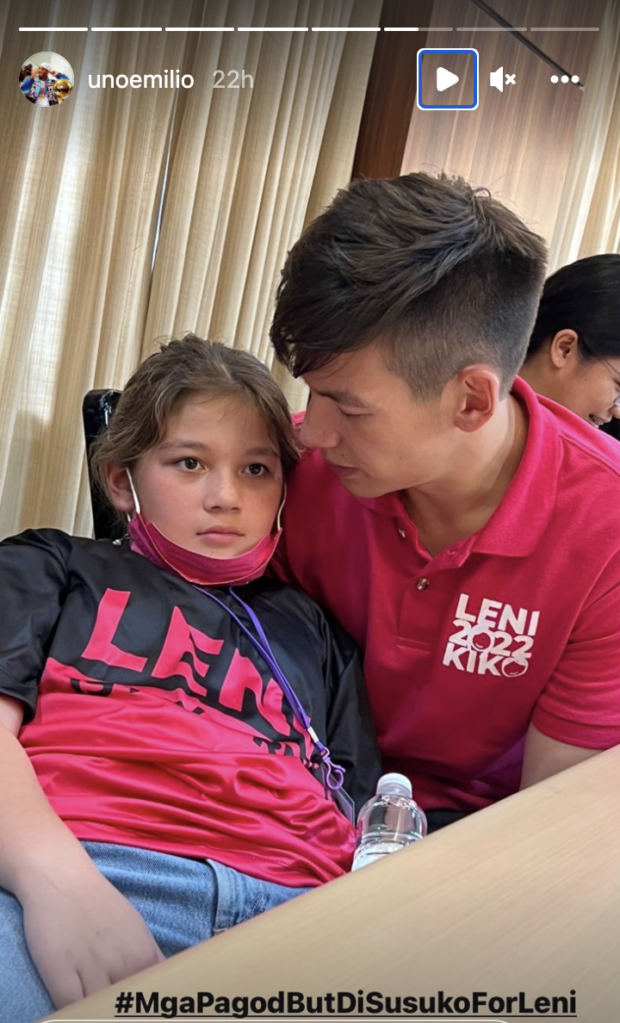 Aside from the campaign rally, Ejercito showed his support to Robredo and her running mate Sen. Francis “Kiko” Pangilinan by going on a house-to-house campaign in Tondo, as seen on his Instagram page last April 12.

Meanwhile, Ejercito recently opened up on how fatherhood changed him, adding that he had to “man up and take responsibility” when Ellie came into his life. JB

Jake Ejercito on changes in his life when Ellie came: ‘I had to man up, take responsibility’

Jake Ejercito asks public to ‘be loyal to the country, not to politicians’