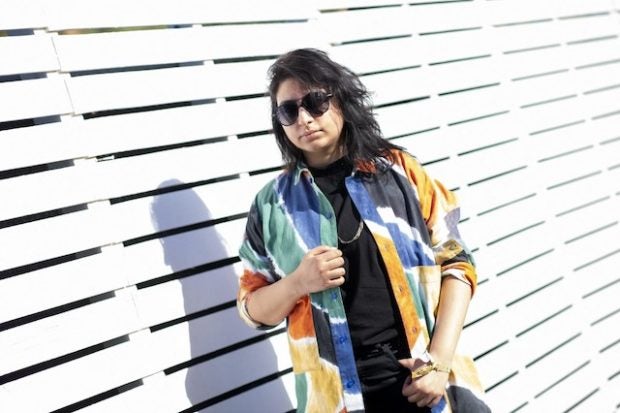 Fresh off of her historic Grammy win, the Brooklyn-based Pakistani singer Arooj Aftab has added another feather to her cap with a debut at the much-touted Coachella music festival.

She graced the California desert with a set that centered her melodious Urdu lyricism, a barrier-breaking move as she became the first Pakistani to play the prestigious festival.

For Aftab, the language barrier no longer exists: “This is a door that’s opened.”

The 37-year-old, who just released a cover of Spanish flamenco revisionist Rosalia’s “Di mi nombre,” sees a revolution in popular music, with artists sailing freely past genre and borders.

“There’s a movement happening in the music industry at large,” she told AFP on the grounds of Coachella, where she delivered a moving performance of her work that fuses ancient Sufi traditions with inflections of folk, jazz and minimalism.

“The audience and the musicians are creating music and the audiences are listening to music with a lot of freedom in their minds. Less genre-genre, less border-border,” she said. “It’s so free, and open, and really, really beautiful.”

She credits the Latinx community for making huge inroads in this respect, citing Rosalia along with Becky G, Karol G, J. Balvin and Bad Bunny as influential in the transformation.

“The trap movement definitely changed the way listeners listen,” Aftab said, referring to the explosion of Southern United States hip hop that later made its way into Latin America and fused with reggaeton.

The surge of Latin music on U.S. airwaves and especially on streaming platforms “created a big opening in the minds of listeners in America,” she continued.

“They now listen to music that they don’t understand, and it’s fine! They love it. That’s a big step.”

Aftab said that opening has allowed her to feel more liberated with her own creations, putting out music based on emotions, without limitation.

“It’s a personal music,” she said. “It’s not ‘my country, my country.’ It’s global music. It’s everything that we feel, it’s all the people that we meet.”

“Whatever makes my heart sing is in the music.”

With three studio albums, Aftab mere weeks ago made history in becoming the first Pakistani solo vocalist to nab a Grammy, winning for her song “Mohabbat” in the Best Global Performance category.

She was also nominated in the prestigious Best New Artist field, although that award went, as expected, to pop sensation Olivia Rodrigo.

But Aftab is basking in the moment of recognition, savoring her career accolades as well as her two performance dates at the premier Coachella festival.

“It feels really amazing, it’s a high — it’s a high moment in my career,” the singer said. “I’ve been working towards this moment and imagining that this moment would come, or not.”

“And it did! Which is miraculous.”

She’s also stoked to be back in front of live audiences, with Coachella returning after a three-year, pandemic-induced hiatus.

Featuring artists from all over the world, the 2022 Coachella poster is a reflection of music’s’ globalization and genre fluidity.

For Aftab, that’s a big win: “This is a door that’s opened, for sure.”

“And I’m going to leave the door open, for sure.” JB