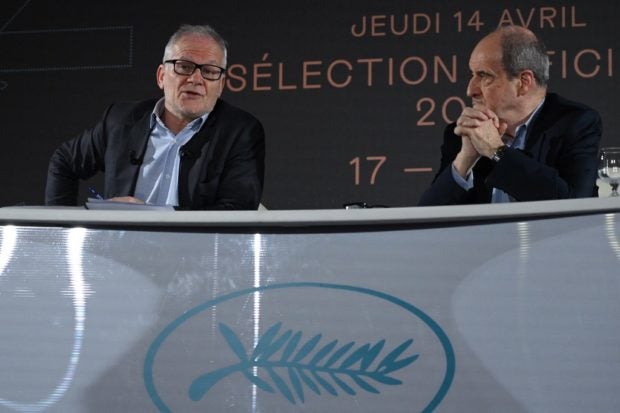 The Cannes Film Festival announced the line-up for its 75th edition on Thursday with a mix of cult arthouse directors and Hollywood glamour heading for the French Riviera in May.

Among the films playing out of competition will be a documentary about rock ‘n roll star Jerry Lee Lewis from Ethan Coen, one half of the Coen brothers, and “Three Thousand Years of Longing” from “Mad Max” creator George Miller, featuring Idris Elba as a djinn.

A bevy of stars are expected to hit the red carpet, not least for Cronenberg’s sci-fi and horror cross-over “Crimes of the Future” starring Kristen Stewart, Lea Seydoux and Viggo Mortensen.

Two of the biggest spectacles had already been confirmed for the festival, which runs from May 17 to 28.

Tom Cruise will attend the much-delayed world premiere of “Top Gun: Maverick,” the sequel to his 1986 blockbuster, playing out of competition.

Tom Hanks will be in town for “Elvis,” in which he co-stars as the rock ‘n roll star’s manager, Colonel Tom Parker, in the latest from Australian director Baz Luhrmann who previously lit up Cannes with “Moulin Rouge!” and “The Great Gatsby.”

Women directors have had a strong run at festivals over the past year, winning the top prizes at Venice, Berlin and last year’s Cannes—where Julia Ducournau’s bold and shocking “Titane” took the Palme.

But only three women are nominated for Cannes this year—though there are often last-minute entries.

Alongside Denis are American director Kelly Reichardt, who had a sleeper hit with “First Cow” and returns with “Showing Up,” and France’s Valeria Bruni Tedeschi with “Les Amandiers.”

Festival director Thierry Fremaux gave a nod to the difficult global situation, saying the announcement came “after two years of crisis that we won’t recover from quickly, and at a time of sadness and war in Europe.”

A Ukrainian film will play out of competition—”The Natural History of Destruction” from director Sergei Loznitsa about the destruction of German cities by Allied bombers in World War II—which Fremaux said the festival was “particularly happy to welcome this year.”

The main competition will also mark the third nomination for Serebrennikov, who was unable to attend last year when his film “Petrov’s Flu” was in competition due to an embezzlement conviction that his supporters say was revenge for his anti-authoritarian stance.

He relocated to Germany this year after his travel ban was lifted and returns to Cannes with “Tchaikovsky’s Wife” about the private life of the famous composer.

Four past winners of the Palme d’Or are back in the competition: the Dardenne brothers from Belgium, Sweden’s Ruben Östlund, Japan’s Hirokazu Kore-eda and Romania’s Cristian Mungiu.

One thing that remains uncertain is who will be deciding the winner.

The jury is normally announced ahead of the selection but Fremaux said it would be named “in the coming days,” alluding to a challenging task since so many filmmakers were back at work after the pandemic shutdown.

The opening night film—which under a recent rule must also be released nationally on the same day—will be “Final Cut,” a zombie film from the makers of the Oscar-winning “The Artist.” DC