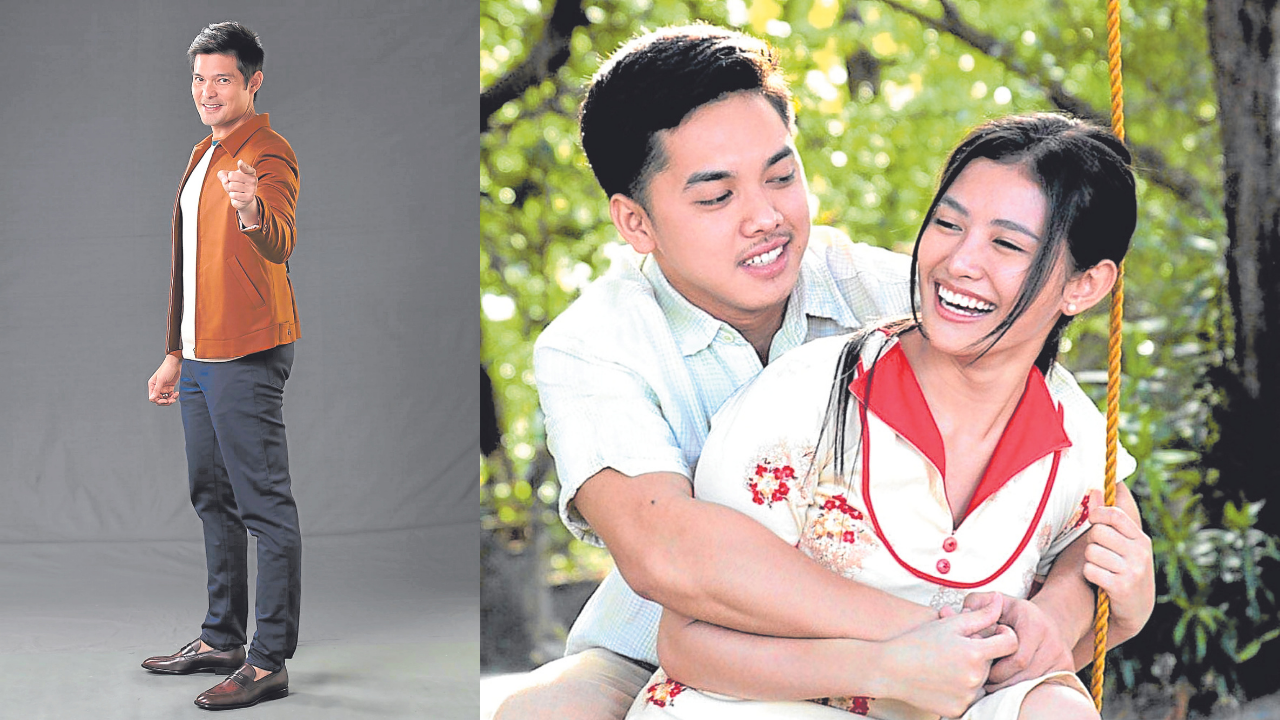 Win or lose, I gamely said “yes” to be a contestant in GMA 7’s game show “Family Feud” (FF), along with my son IC, nephew Jean and niece Catsy. We were pitted against the family of Lovely Abella and Benji Manalo.

The show airs weekdays at 5:45 p.m. More than the cash prize, what excited me was the thought of rekindling ties with my amigo Dingdong Dantes, who hosts the show. (Dong calls me amiga).

FF is one of the longest-running game shows in the world.

Making the local version unique and entertaining are the survey questions that Pinoys can relate to. Twenty-five viewers have a chance to win P20,000 weekly in the “Guess to Win” promo. There ought to be a Season 2 because FF is such a good vibes provider in the time of COVID.

What a joy to reconnect with Dong. Glad that our bond has remained intact. His charisma and coolness add to FF’s appeal.

Without preempting the result of our episode (which will air sometime in May), I realized that it is easier to guess the answers as a viewer than as a contestant. In the spirit of fun, I asked Dong “survey questions” à la FF.

Muchas gracias, Amigo, for making me and my family feel so welcome in your game show. In the game of life, your friendship is such a jackpot pour moi.Here’s my Q&A with Dong:

What are three things that not too many people know about you?I am scared of rats. I love maasim (sour) food, like mangga, kamias, buro and sampaloc. I used to play drums back in grade school as a member of a rock band.

What are your three most embarrassing moments?When I publicly mistook someone as another actress from the same network! Then, nagkalat ako sa “Pinoy Henyo” in “Eat Bulaga.” And I forgot the sequence of an important Catholic prayer when I was assigned to lead a Zoom Mass.

What are three things you wish you could be good at?

Playing the guitar, cooking and flying an airplane

What are your top three weaknesses?Family, good food and good music

What are your top three cheap thrills?

The lure of ‘Island of Desire’

Every summer has its story. “Island of Desire” (now streaming on Vivamax) is one story that is worth telling. Once you’re in, there’s no going back. The sexy drama directed by Joel Lamangan is topbilled by Christine Bermas, Sean de Guzman, Jela Cuenca and Rash Flores. Let them lure you to their la vida isla misteryosa.Here are quotes from Joel (JL),Christine (C), Rash (R), Sean (S) and Jela (J):

JL: Even if our movie has the same title as Elwood Perez’s film back in the day, it has a totally different story.

C: Sean calls me “baby girl” and I call him “kuya.” So, when we do love scenes, it feels awkward. But we have to be professional about it and forget that doing it feels like incest.

R: If I were to be stranded on an island, I want it to be with Nadine Lustre. She’s such an island girl, so I will learn so much from her on how to survive in that scenario.

S: Our movie will remind viewers that we never know for sure what’s running through people’s minds, so we must be ready for anything.

J: No reason can justify violence in a relationship.

JL: Our movie presents two “realities.” One is the truth, and the other is imaginary. That’s why some scenes are in black and white.

C: I started with Direk Joel, so I have full trust in him, even in my sexy scenes. There are no restrictions at all.

S: I hope the audience won’t focus on the sex scenes, but on the mysteries surrounding the main character in our movie.