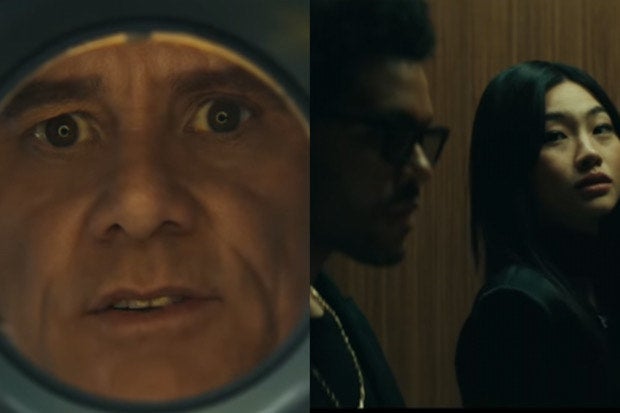 “Squid Game” actress Hoyeon Jung and comedian Jim Carrey got to take part in the fun-turned-eerie music video of The Weeknd’s latest song “Out of Time.”

Hoyeon Jung and The Weeknd steal glances at each other in an elevator, as seen in the official music video released on The Weeknd’s YouTube’s channel yesterday, April 5.

After seeing each other again at a bar, they are seen next in a secluded room where they sing the song in a karaoke machine. They then run all over the place while carrying a microphone and a speaker.

The fun vibe turns chilling as the song distorts and snippets of bloody scenes flash. Carrey enters a room where The Weeknd stands by the window, then the scene transitions to show an operating bed. Carrey’s face is next seen behind a magnifying medical apparatus.

“Don’t you dare touch that dial because like the song says, you are out of time. You’re almost there but don’t panic,” Carrey says in an unsettling voice. He also makes a spooky reference to “Dawn FM,” The Weeknd’s latest album, released last January, where “Out of Time” appears. JB