"Scratch that, bring it back!" NCT DREAM is on that "Glitch Mode" with their 2nd full album | Inquirer Entertainment
Close
menu
search

“Scratch that, bring it back!” NCT DREAM is on that “Glitch Mode” with their 2nd full album

“Glitch Mode,” the hotly anticipated new album by NCT DREAM, lives up to the name of its songs. It shows off the group’s “Saturday Drip” with 10 other tracks that are “Better Than Gold.” And you’ll be sure to hit “Replay” as each song is more than good enough to send you into–-you got that right–- a “Glitch Mode.”

The album is considered by many as NCT DREAM’s deeper take into a much more experimental sound, especially with songs such as “Arcade” and “Fire Alarm.” This also marks the group’s first time working with Grammy-winning producer and songwriter Dem Jointz, who has produced songs for NCT 127 and NCT U in the past. 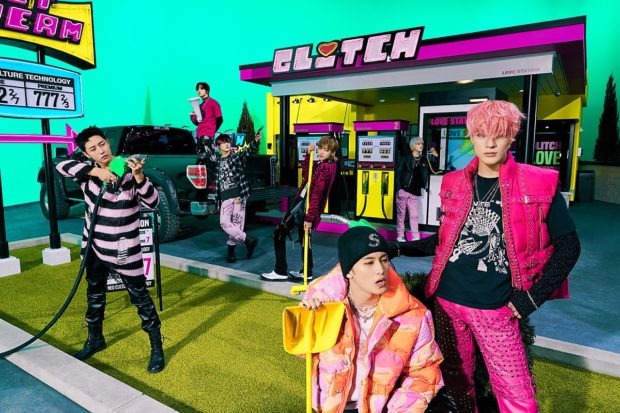 “Glitch Mode” the song is an exciting, bouncy hip-hop track, with an addictive hook and mesmerizing bridge. Its lyrics talk about losing yourself in the confusing yet exciting feeling of being smitten by someone for the very first time, playfully likening the sensations to “buffering” and indeed being in “glitch mode.” As expected of NCT DREAM, the song is accompanied by a colorful, futuristic music video, one that easily falls into SM Entertainment’s latest concepts.

In an exclusive interview with INQUIRER.net, NCT DREAM talked about the success of their past full album, plans to visit the Philippines, and their most recent release, “Glitch Mode.”

Which song is your favorite from the album, and which one do you think the fans will  love the most?

MARK: My current favorite song is “It’s Yours.” I feel like the fans would like “Never Goodbye” the most.

JENO: “It’s Yours” is my favorite track.

HAECHAN: I really like the track “Teddy Bear,” and I think NCTzens would also love this track. It’s a warm song with a good atmosphere.

JISUNG: My favorite track from this album is ‘It’s Yours,’ but I think our fans would like “Never ” the most.

Among all of your (album) releases, which one is your favorite?

MARK: Just because it’s our most recent release, I’ve got to choose “Glitch Mode.”

RENJUN: The 2nd Mini Album “We Go Up” is my favorite album.

HAECHAN: Our 1st album “Hot Sauce” would be the most memorable one. It was our first  full-length album and received much love.

CHENLE: I like NCT DREAM 1st album “Hot Sauce” the most.

JISUNG: The songs included in the album ‘Reload’ are the best, and the title track ‘BOOM’ from the 3rd mini-album ‘We Boom’ is my favorite.

How do you feel about all the love and support from NCTzens so far?

MARK: It’s definitely incredible to be able to receive so much love. Our united goal for  this album was to return the love we received from our fans during “Hot Sauce” by upgrading ourselves as a team and preparing a more advanced album—”Glitch Mode.” We  are always grateful for having NCTzens.

RENJUN: I am thankful for fans and I hope that we could cheer each other up in the  future!

JAEMIN: I appreciate those who have liked us with endless love and support from the very beginning. It’s so grateful that it seems like we are receiving more and more love every time we come back with our new album.

CHENLE: I am very thankful for fans’ love and support. I want to show a better version of myself in the future.

Is NCT DREAM planning to come back to the Philippines in the future?

MARK: As long as situations get better and when everything is safe, we will definitely not be hesitant to go. As soon as things become more at ease, we’ll be there before you know it!

RENJUN: I always want to go around the world and see NCTzens. If I have a chance, I want to meet you all soon!

HAECHAN: I want to go to the Philippines and fill the stage with NCTzens.

JAEMIN: If there’s a chance, I would like to visit and meet all NCTzens in the Philippines.

CHENLE: I want to go to the Philippines if there is an opportunity.

JISUNG: Of course, we are looking forward to visiting the Philippines. 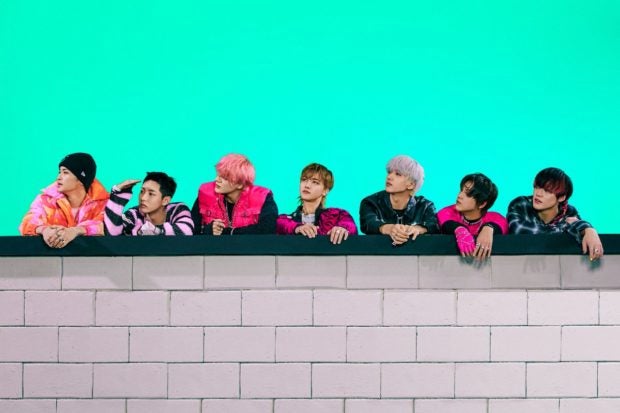 We recently gathered questions from Filipino NCTzens on Twitter for a quick little Q&A, and here’s what NCT DREAM had to say.

“NCT DREAM was the last K-pop group to hold a concert in the Philippines before the  pandemic started. If and when you’ll be able to perform here again, what else would  you like to do or visit while you’re in the Philippines?”–Ysa

MARK: I wasn’t personally involved with the specific concert you’re referring to in the question, but of course, if I get to visit the Philippines in the future, I’d love to enjoy the  local food.

RENJUN: First of all, I’d like to meet our Philippines fans in person and greet them. And I  would like to go to beautiful natural places like the ocean and mountains. I would also like  to try a lot of delicious food in the Philippines.

JAEMIN: I would like to travel everywhere in the Philippines and have delicious food.

CHENLE: I want to travel to beautiful places in the Philippines and hope to visit good restaurants and have a great time with our members.

JISUNG: First of all, I wish to have a concert. I want to see our fans in person at a concert or other events.

“In the Philippines, the summers are very warm. How would you suggest for the  Filipino NCTzens to stay 7/칠(Chill)?”–Josh

MARK: I suggest for you to all go and watch the Glitch Mode music video again, skip to the part where we freeze everything to ice, and then enjoy the cold impact from the screen haha.

RENJUN: First, work out hard and get sweat. Then drink cold watermelon juice and you can feel heavenly.

JENO: It would be great to listen to NCT DREAM’s refreshing songs. For example, I think a song like ‘Fireflies’ would suit well.

HAECHAN: It would be nice to listen to our refreshing song “We Young.”

JAEMIN: I recommend our fans stay cool by enjoying the breeze from an air conditioner, a must-have item, and listening to NCT DREAM’s songs.

CHENLE: You could enjoy the breeze from an air conditioner.

JISUNG: Since eating ice cream often is not good for our health, I would recommend  using a fan.

“Who was that one person who taught you, transformed you or made the greatest impact on you in this comeback journey?”–Pepper

MARK: I’d say that it was the other six members that did that for me. It was them that influenced me to work harder and push further. I’m pretty sure we all felt each other’s  energy, which made us all move forward together.

RENJUN: I think it was our members! Our members’ thoughts have been changed and I also learned a lot from them.

JENO: It was MARK. He helped me a lot while preparing for the stage and rap.

HAECHAN: I would say our company did. I learned a lot of things from various  communication and realized how we proceed with all these projects. I think I’m just starting to learn.

JAEMIN: It was MARK.

CHENLE: I would say my father influenced me the most.

JISUNG: It was our members.

“Question for the NCTzens. What are the top 2 songs (may or may not be NCT) that you could sing/perform for the rest of your life?”–Lara

RENJUN: It is “We Go Up.” Because it’s always a positive and fun song any time you listen  to it.

HAECHAN: “We Go Up” and “Dear DREAM” are the top 2 songs that I could sing and perform for the rest of my life.

JAEMIN: The top 2 songs are “Never Goodbye” and “Dear DREAM.”

CHENLE: It is “Never Goodbye” and “Rainbow.”

So, what’s next for NCT DREAM? It’s for us to find out. The possibility of a repackaged version is not so farfetched considering its success, and we’ll definitely be tuning in for the next releases. Until then, “Glitch Mode” will be on repeat.  /ra