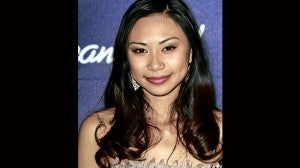 SANCHEZ. Range and musical maturity beyond her years.

ONCE again, true singing talent has been upstaged by boy-next-door cuteness on “American Idol,” with Philip Philips winning over Jessica Sanchez—and there are many lessons to be learned from that aftermath.

First, don’t take the popular talent tilt all that seriously—certainly not as a matter of life and death, as some of our friends have.

They’re still smarting from the monumental snub—but, hey, get a life. There’s more to human existence than the shrieking approval of a bunch of pimply tweens.

And, there’s more to “national pride” than being collectively rebuffed by them! Fact is, “national pride” didn’t even enter into their consciousness at all! They turned up their noses at Jessica because she wasn’t of the right gender (as they consistently have since 2007), period.

Are the Mexicans, whose ethnic persuasion comprises half of Jessica’s gene pool, freaking out just because she lost? No, it’s her Philippine side that’s going bonkers—ironically, because of Philip Philip-ine’s victory over “our” best bet.

Other postscripts: The winner’s belated admission that he had medical problems all along, and in fact may have to go under the knife soon is seen by some desperate local straw-clutchers as a duplicitous denouement that may just possibly alter the tilt’s outcome in Jessica’s favor.

But, we think that the likelihood of that happening is so minuscule a probability that it will have to be appreciated by its diehards with the help of an electron microscope! After all, the young man won as the tilt’s most popular bet, not its healthiest.

She may not have romped off with the “American Idol” crown, but Jessica has benefited enormously from the exposure and showcase that the tilt gave her.

At only 16 years of age, she has exhibited a range and musical maturity beyond her years that’s sure to be further developed and showcased by top record producers.

If their different moves and gambits are successful, Jessica should emerge as the most acclaimed part-Filipino talent on the international performing scene.

To us, the best proof of her precocious claim to global fame came by way of her extremely rigorous duet with the Jennifer Holliday in the “AI” finals, when they mutually “attacked”—and “conquered”—the most difficult number from “Dreamgirls,” “(And I’m Telling You) I’m Not Going.”

The number was made even more “symbolic” by the fact that it was the song that “made” Holliday a star when she first rendered it as young talent on the musical stage.

Now, it was Jessica’s turn to benefit from the song’s starmaking ability, by holding her own as they performed it, despite Holliday’s vastly greater experience—and penchant for “killing” the competition.