Sci-fi thriller provokes as much as it entertains | Inquirer Entertainment

Sci-fi thriller provokes as much as it entertains 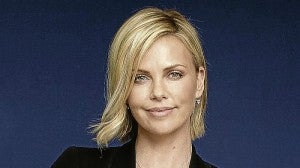 WHERE do we come from, and why were we created? “Prometheus” seems to have found the answers as Ridley Scott takes viewers on a thrilling (and hair-raising) existentialist journey that attempts to trace the origins of humanity—with Charlize Theron, Michael Fassbender, Guy Pearce, Patrick Wilson, Idris Elba and Noomi Rapace in tow.

And, while it’s true that the film’s protagonists exist in the same universe as those from “Alien,” “Prometheus” isn’t really the prequel of that movie franchise, as it was initially speculated to be. It merely expands the mythology that Scott had jumpstarted in his 1979 sci-fi lore.

Set at the end of the 21st century, the group’s adventure takes shape after archaeologists, Elizabeth Shaw (Rapace) and Charlie Holloway (Logan Marshall-Green), unearth an incontrovertible link between different ancient human civilizations and the “engineers” who created them.

Charles Darwin’s principles be damned, Shaw and Holloway’s theory believes that the existence of man emanates from LV-233, a life-sustaining, Earth-like planet at the far end of the cosmos. —We’re not alone, after all!

More than two years later, Shaw and Holloway find themselves in the midst of an exploratory scientific expedition on the spaceship, Prometheus, half a billion miles away from home, under the stewardship of icy Meredith Vickers (Theron) and the manipulative android, David (Fassbender). Their arrival on LV-233 immediately confirms the existence of an extinct humanoid race that seems to have fallen victim to—what?

Thereafter, Shaw’s team discovers a cave that has the ability to manufacture breathable air! Entombed in its strange enclosure are humongous sarcophagi, humanoid remains, vessels that ooze a black liquid, holographic phantoms—and worm-like creatures in constant search of organic hosts!

We’ve seen similar stories in the years following the release of the “Alien” film series, but few directors can approximate Scott’s ability to build atmosphere and establish tension in smart chillers that keep moviegoers guessing—and squirming in their seats!

The film teaches some cautionary lessons: Some paths are better left untaken, but man’s curiosity will always make him stick his nose where it doesn’t belong. More than the neverending quest for meaning, his drive to conquer every conceivable hurdle (rocketing to the moon, climbing Mt. Everest, circumnavigating the globe, etc.) speaks volumes about his unquenchable ambition and innate discontent.

Scott’s sci-fi thriller fields an estrogen-heavy Scream Team that can put a lot of he-men to shame: Theron is the earthlings’ loveliest crew member, but she doesn’t need a man to do the dirty work for her.

If Sigourney Weaver had what it took to go mano-a-mano against the ravenous xenomorphs, her counterpart here is the formidable Noomi Rapace, who can readily slice and stitch herself back up to get rid of unwanted “visitors” in her body—which she accomplishes without whining!

If you want a good scare, “Prometheus” is the movie to watch. It’s an edgy visual spectacle that provokes as much as it entertains. True, it leaves unanswered questions and some loose ends that need tying up (especially toward the end, when the exposition unspools a number of tangential “revelations”), but it’s also these ambiguous gray areas that could open the production up for a couple more sequels—and we can’t wait to see them!