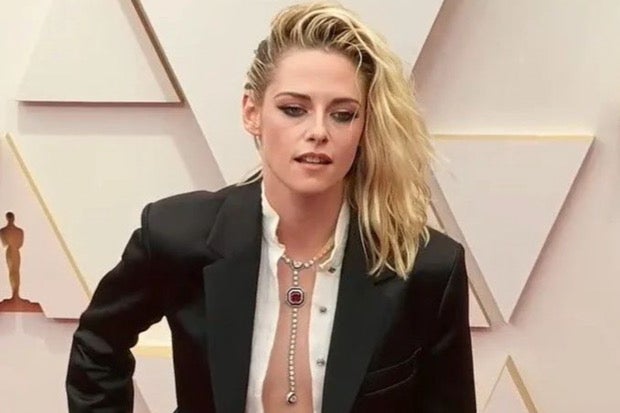 While the “main event” at this year’s Oscars talk remains Will Smith slapping Chris Rock, the red carpet was more eclectic than ever when it came to fashion. Attendees decided to ditch conventions with guests trading their habitual glittering black dresses for outfits with sensual slits, gender-fluid styles and extra-vibrant colors, bringing the traditional cinema event the verve it has long needed.

Renowned for being the ultimate in glamour dressing, the Oscars ceremony very rarely plays host to eccentric statements when it comes to fashion; the staple looks of this annual event consist of long or voluminous, ultra sophisticated dresses, most of the time in neutral colors. The international stars who make up the event’s A-list generally save their more extravagant outfits for the traditional Vanity Fair Oscar Party that follows the awards ceremony.

But that was before. This year, the Hollywood elite must have decided en masse to flaunt some originality and defy conventions — at least to a certain extent. Vivid colors, bodycon styles and more casual outfits were all on show, encapsulating many of the key trends of the moment.

Where were the usual black, nude, silver and gold dresses that usually dot the Oscars red carpet? With a few exceptions, the red carpet was transformed into a genuine rainbow of colors, each more electrifying than the last. While many celebrities chose soft, springtime pink shades (Zuri Hall, Lily James, Sebastian Yatra, Zoë Kravitz, Serena Williams) or various rather bold shades of green (Diane Warren, Daniel Kaluuya, Maria Menounos), or even sky blue (Jessica Serfaty, Kodi Smit-McPhee, Halle Bailey), others made a statement with truly vibrant colors such as yellow, which made a significant showing (Queen Latifah, Julianne Hough, Gabriella Wilson) and orange (Aunjanue Ellis, Pauletta Washington) but they weren’t the only ones.

Red was, without a doubt, “THE” color of this year’s Oscars ceremony. Which was somewhat surprising, considering that guests usually try to avoid tone on tone effects in photos, as red dominates the surface they walk on as they pose in front of photographers. But they didn’t let this dissuade them; red, symbol of love, passion, as well as of anger, even of prohibition, was omnipresent. Tracee Ellis Ross, Amy Forsyth, Rosie Perez, Marlee Matlin, Kirsten Dunst, Ariana DeBose, Simu Liu and Jennifer Garner, are among the many celebrities — of all genders — to have embraced the fiery shade this year.

It was a trend seen at the latest fashion shows: sensuality is big news in this season’s wardrobes and will even continue to be so until next winter — at least. After two years of the pandemic, and a lot of prestigious ceremonies canceled, it is clear that Hollywood stars also wanted to show off their figures through the choice of dresses with suggestive cuts or bodycon fits. More than ever, expressing one’s style and flaunting one’s figure had their place at the Oscars.

While English actress Emilia Jones had eyes riveted to her as she walked the red carpet in an asymmetrical dress that revealed part of her waist, hips, and belly, Zendaya, star of popular series “Euphoria,” opted for a silky crop-top blouse to highlight a sumptuous shimmering, glittery skirt. Sisters Halle and Chloe Bailey also went for outfits emphasizing their curves, having both chosen dresses with extremely deep slits. The highlight of this unexpected trend at the Oscars was Megan Thee Stallion, who arrived in a dress that was both ultra sexy and sophisticated, with a high leg slit and a low neckline.

It may have been a less-striking trend but women wearing suits in a gender-fluid spirit didn’t go unnoticed at this year’s ceremony. Diane Warren, Wanda Sykes and Dylan Meyer chose this type of look with various styles. But it was without doubt Kristen Stewart who, as often happens, set herself apart and did away with conventions in a shorts suit paired with an open white shirt, and stilettos that she quickly swapped out for flats. Very rock ‘n’ roll! AP/JB