Hollywood grapples with Ukraine ahead of Oscars 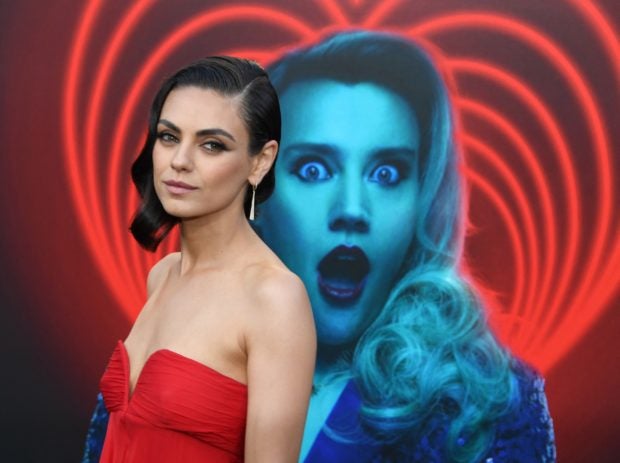 Ukrainian actress Mila Kunis arrives for the premiere Of Lionsgate’s “The Spy Who Dumped Me” at the Fox Village Theater in Los Angeles, California on July 25, 2018. Image: AFP/Mark Ralston

With the Oscars set for Sunday, Hollywood is weighing how or whether to address Russia’s bloody assault on Ukraine, trying to thread the needle between showing support for Kyiv and being seen as too preachy.

As Leonardo DiCaprio’s climate crisis warning and Joaquin Phoenix’s outrage over artificially inseminated cows have recently shown, A-listers are rarely shy about making political statements at the Academy Awards, despite accusations of hypocrisy.

But after Oscars host Amy Schumer raised the idea of inviting Ukrainian President Volodymyr Zelensky to speak at the ceremony via video, some have wondered if less might be more, in terms of acknowledging the crisis.

“It’s all about the manner in which it’s addressed,” said Scott Feinberg, awards columnist for The Hollywood Reporter. “If it looks like it’s just pandering or lecturing, that’s not going to go over well. But if it’s heartfelt and meaningful, then I think it will have a different result.”

One example of Hollywood stars using their platform effectively is a GoFundMe site launched by Mila Kunis, who was born in Ukraine, and her husband Ashton Kutcher.

It has raised over $35 million toward relief supplies and free short-term housing for Ukrainian refugees in neighboring countries, and drew praise from Zelensky himself.

Kutcher and “Mila Kunis were among the first to respond to our grief,” wrote Zelensky, a former actor himself.

“Grateful for their support. Impressed by their determination. They inspire the world. #StandWithUkraine,” he added.

Sean Penn, who was in the Ukrainian capital to shoot a documentary when the Russian invasion began, has signed an agreement for his foundation to provide education and shelter for refugees in Poland.

“Ukraine is the tip of the spear for the democratic embrace of dreams. If we allow it to fight alone, our soul as America is lost,” he said in a statement to AFP.

And many less well-known filmmakers have been chronicling Ukraine’s conflict since 2014, when Putin annexed Crimea and backed separatist rebels in the Donbas region.

For instance, documentary “A House Made of Splinters” and drama “Klondike” both premiered at January’s Sundance festival, examining the impact of the long-running conflict in eastern Ukraine on ordinary families and children.

On Hollywood’s awards season circuit, references to the Ukraine crisis have been a constant theme since the invasion began, from expressions of solidarity with the nation’s people to expletive-laden tirades against Vladimir Putin.

“We stand with the hundreds of thousands of refugees fleeing war, both Ukrainians and other ethnicities and nationalities who are being denied safe harbor,” Oscar nominee Kristen Stewart said at the Film Independent Spirit Awards.

“I think we speak for everyone here when we say we are hoping for a quick and peaceful resolution, specifically, fuck off and go home, Putin,” she said.

Schumer, who is unlikely to get away with similar language on network TV, recently said she had pitched the idea of inviting Zelensky to “satellite in, or make a tape or something, just because there are so many eyes on the Oscars.”

While the Academy has not commented, the idea appears to have been nixed, and Schumer conceded that “there is definitely pressure in one way to be like, ‘This is a vacation, let people forget — we just want to have this night.'”

For Feinberg, “it seems like they realize that that’s tone deaf.”

“I mean, he’s dealing with life and death matters here. And yes, he’s a former actor, but it just seems that could have really blown up in their faces,” he told AFP.

Organizers are “thinking hard at the show about how to address it without making their show highly political or divisive,” he added.

While the Oscar producers may not end up addressing the issue at all, the night’s winners are likely to do so anyway.

“If I were a betting man, I’d say almost every speech will mention Ukraine and the atrocities that are going on there,” said Variety film awards editor Clayton Davis. JB