Haley Bennett on beauty: I don’t believe in perfection 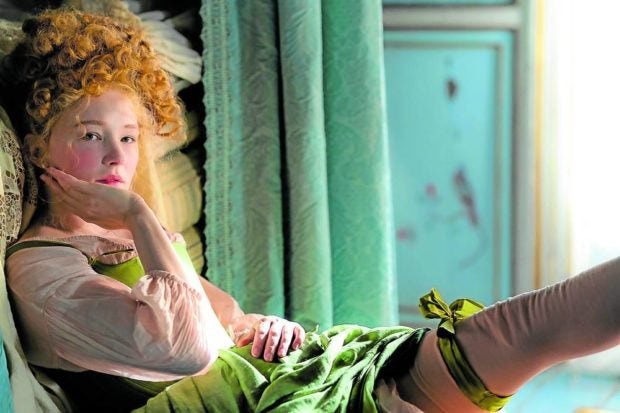 You can’t be in the business of show and take physical beauty out of the equation. But Haley Bennett, who played Roxanne in both the stage and movie versions of the musical “Cyrano,” directed by Joe Wright for the big screen and featuring Peter Dinklage in the title role, told Inquirer Entertainment that she had been trying to take the word “perfect” out of her vocabulary.

“Cyrano” tells the story of an influential and very bright dwarf (Peter) who can’t express his feelings for the woman (Haley) he loves because of his insecurities about his physical “imperfections.”

Even as an artist, Haley said that learning from the journey during “the process of creating” is more satisfying than just focusing on how to “get things right.”

“I don’t believe in perfection,” the actress declared. “But I believe in working hard and doing your best. Every scene in the film was important to me, but it was the process of creating that I loved even more. I enjoyed the process of exploration, and I don’t just mean acting, but the joy of trying to tell stories truthfully.”

Our Q&A with Haley:

Did you have to learn in the course of your life that looks or the appearance of a human being doesn’t matter?

No matter what we look like, I think that’s a struggle for us all. There’s always something in everyone that we feel is perceived as ugly to either the object of our affection or to the rest of the outside world.

This movie musical began as a stage production that Joe came to see because you were in it. Could you talk about how you ended up doing this?

I just did a simple reading for the play originally. I was living in New York at the time, and I sought out my agent and told him that I really wanted to get involved in theater, because it’s something I had never done before. I said, “If any opportunity arises, can you think of me?”

He called me the next day and said, “I have this opportunity for you to do this reading. But it’s still in development.” At this point, Erica Schmidt (playwright and director of the play, and Peter’s wife) had already written the script, and songs were already being written by the band The National. He said, “Peter Dinklage is going to be there to play the role of Cyrano,” and I thought, “Oh, wow! Sounds like a really interesting project.” So I went and did that, which lasted seven days.

Fortunately, Erica got in touch with me about a month later and said, “Would you like to be a part of the stage production and do this play with us at the Goodspeed Theatre in Connecticut?” I said, “Absolutely! I would love to.”

Then, Joe, my partner, came to the first performance of the play and fell in love with it, as we all did. He asked for my permission to engage with Erica and discuss the possibility of adapting her play for the screen.

When you transitioned from stage to screen, did you have to unlearn stuff for the movie? How did you handle all the freedom of limitless possibilities?

It was hardly limitless (laughs) … because we filmed at the height of the pandemic … in Italy! So, that was an interesting experiment. The fascinating aspect about translating stage work to film work falls on the level of intimacy that you don’t necessarily capture onstage.

In a movie, the camera is allowed to come very close. And the audience is able to experience a performance in a completely different way, especially given the kind of music written by The National—which has a very interior, very intimate quality to it. Also, for the film adaptation, we didn’t have to project so much.

You did both the stage production and its film adaptation. Which process did you enjoy doing more?

I liked both processes. We didn’t approach the film much differently than we did the stage production. Joe is a very theatrical filmmaker. For him, rehearsals are very important. Doing that during the stage production with Erica, where we got to rehearse and feel the choreography and the geography of the stage and our bodies … that really resonated with me as a performer.

So, when I did the film with Joe, we also did three weeks of rehearsals. That way, you get really comfortable with the story. By the time we were on location or on the set in Italy, everything just felt second nature to me. So I really liked that aspect of both the stage production and the film.

How do you think younger generations will connect with your character, who’s an updated iteration of Roxanne?

It was really important for me to establish a distinctive Roxanne. She’s a force in her own right. She’s not an appendage to a man. I’m repelled by that idea [of women being just an appendage to a man], and I think most women feel the same way. So, for me, it was important to continue pushing the expectation of who this character is.