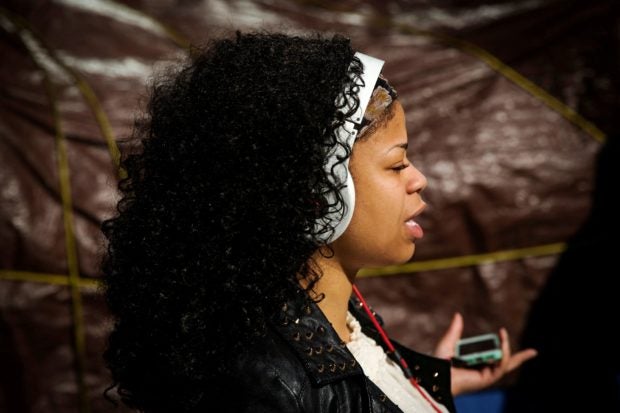 A woman listens to music through her headphones as she walks down a street in New York City, May 29, 2014. Image: Reuters/Lucas Jackson

LONDON — Global recorded music revenues rose 18.5% last year driven by an increase in listeners tuning into paid subscription streaming, marking the market’s seventh consecutive year of growth to a record $25.9 billion, according to a report released on Tuesday, March 22.

Paid subscription streaming revenues rose 21.9% to $12.3 billion, the IFPI said, adding there were 523 million users of paid subscription accounts at the end of the year. Overall streaming accounted for 65% of total revenues.

“Around the world, record companies are engaging at a very local level to support music cultures and bring on the development of emerging music ecosystems — championing local music and creating the opportunities for it to reach a global audience,” IFPI Chief Executive Frances Moore said.

“Consequently, today’s music market is the most competitive in memory. Fans are enjoying more music than ever and in so many different and new ways.”

The only channel to see a decline was downloads and other digital formats, with revenues down 10.7%, as more people turned to access models of listening to music instead of ownership.

Recorded music revenues grew in every region, with the fastest rate of 35% recorded in the Middle East and North Africa. It was followed by Latin America, with 31.2%, United States and Canada with 22%, and Asia with 16.1%.

British music star Adele’s “30” was the biggest-selling album of the year while Canadian singer The Weeknd’s hit single “Save Your Tears” garnered 2.15 billion streams, the IFPI has previously said. AP/JB

TAGS: 30, Adele, music streaming, Save Your Tears, The Weeknd