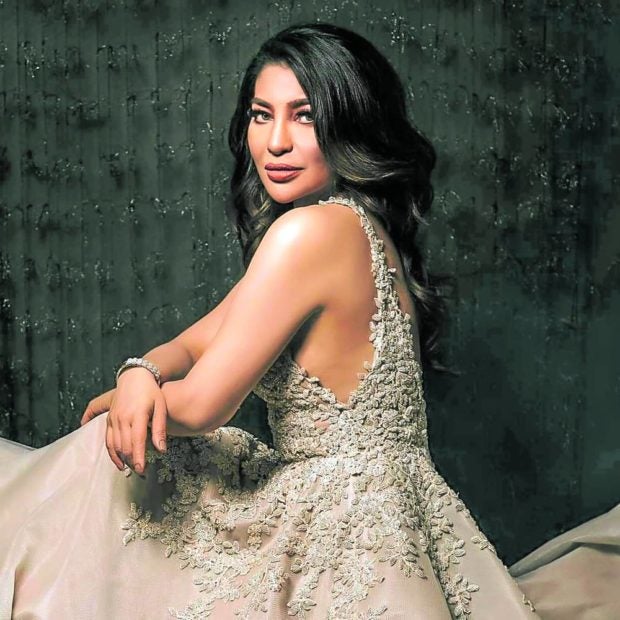 Thus said singer Lani Misalucha when asked if she was ready to do a full concert even if she’s still dealing with the lingering effects of bacterial meningitis, which caused deafness on the singer’s right ear. “By God’s grace, whatever He gives me… Like Celine Dion said, ‘My heart will go on!’” she said in a recent virtual conference for “Timeless Seasons”—a concert series she will headline with Nonoy Zuñiga in the United States.

Aside from hearing loss, the illness left her with vestibular balance disorder, whose common symptoms include constant dizziness and feeling of being off-balance. These things took its toll on Lani’s performance abilities, and so she had to retrain and get herself back to a place where she can be comfortable again onstage.

“I won’t deny that, after I got sick, I noticed the difference in my performances before and after my illness. I truly felt it. Half-deaf na ako and my right ear can only detect ringing sounds. I’m also consistently dizzy,” she said.

Thankfully there have been improvements in her condition: After contracting the disease in October 2020, Lani could barely stand up. Now, she’s back to wearing heels.

“Three months after my illness, I went back to ‘The Clash’ (a GMA 7 singing competition), I just stayed seated because I used to feel like I would fall over anytime. After six months, I was able to sing standing up—but barefooted so I could feel the ground. And now I can wear heels again,” she related. “So there’s progress … little by little.”

Asked if she’s still trying to explore other treatment options, Lani said that she has consulted various doctors about her condition. But at this point, she’s just hoping for a miracle.

“I’m seeing doctors, neurologists, ENT (ear, nose, throat) doctors … but there are no definitive answer, because each case or person is different. Some see progress after three months, after six months. But it has been over a year and I’m still like this. This could be permanent,” she said. “But we’re seeing doctors. Maybe it’s just a matter of prayers or a miracle.”

“Whatever happens, I will just accept it,” the 52-year-old music artist added. “If I get better, panalo! But if not, then it is what it is.”

“Timeless Seasons” will kick off on March 20 at The Saban Theatre in Beverly Hills, California. The succeeding shows will be held on March 26 at the Snoqualmie Casino in Seattle, Washington; April 1 at the San Mateo Performing Arts Center in San Mateo, California; April 2 at the Pala Casino, California; and April 9 at the Bally’s Casino in Atlantic City in New Jersey.

Mounted by Amore Entertainment, the concert series will have Lani and Nonoy sharing the stage as co-headliners. “Sometimes, I make guest appearances in his shows; sometimes he would drop by in mine. But these will be our first full shows together,” Lani pointed out, adding that she has nothing but admiration and respect for Nonoy.

“We’re from different generations but we do share lots of things together. We were both part of a band, for instance. We have been putting our brains together on how we can put up a good concert. We want a combination of different styles so we can cater to all kinds of audiences,” Lani said. “And we’re grateful that we have a full production and a full live band after a long time.”

Lani is also thrilled to be back with her family in Las Vegas, after her ordeal. “I’m happy I’m playing and babysitting my five grandchildren every single day. What a blessing. But home could be anywhere as long as you have your loved ones with you and enjoying life,” she said.

The live music scene has been starting to open in the United States, where safety mandates are more relaxed. And Lani could only hope that the Philippines can follow suit in the near future.

“The pandemic changed not only the concert scene, but the whole entertainment industry. Shows are slowly coming back here in the States… We’re starting to see light at the end of the tunnel. And my hope is for everything to return to normal back home. I don’t know when that will happen, but I’m praying that things get better by the end of the year. But while there are still restrictions, let’s continue staying safe,” she said.