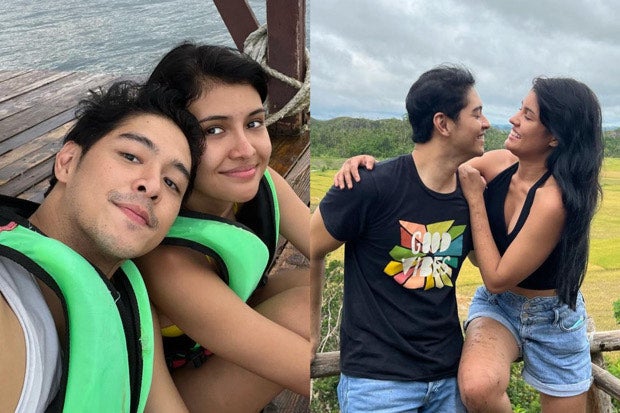 Miss Universe Philippines 2020 Rabiya Mateo has made public her relationship with actor Jeric Gonzales by giving a glimpse of their cozy moments together and calling him “babe.”

Mateo treated fans to snaps of what appears to be her Bohol trip with Gonzales, through her Instagram page yesterday, March 16.

“Live. LOVE. Laugh. Thank you, Eric,” she said, to which Gonzales replied “Let’s be happy together. I love you.”

Gonzales also showed himself with Mateo in what appears to be their trips in different locations, via his Instagram page today, March 17.

“To more memories with you [Rabiya Mateo]. I love you,” he said.

Mateo then expressed her love to Gonzales while calling him “babe.”

“Through good and bad times, I’m gonna be there by your side. I love you Babe,” she said.

Speculations about the brewing romance between the two earlier arose after they were frequently spotted together by fans. Mateo and Gonzales were also seen hugging in an amusement park in December last year.

Meanwhile, Mateo’s breakup with her non-showbiz ex-boyfriend Neil Salvacion, who she’d been with for over six years, was confirmed to the public in June last year.  /ra

Read Next
TV comedy that launched Ukraine’s Zelensky to presidency back on Netflix
EDITORS' PICK
Shop smarter with vivo’s big 12.12 holiday deals
House energy committee chair Arroyo bats for cheap electricity
How not to retire as an ex-president
Lawmakers eyeing more changes in Maharlika plan
Hidilyn Diaz wins only gold missing from her collection
The vivo Y02 is now available in the Philippines for only PHP 5,299
MOST READ
Jovit Baldivino, ‘Pilipinas Got Talent’ winner, dies at 29
Andi Eigenmann, family in Manila for a quick visit; Ellie dines with grandma Jaclyn Jose
LPA enters PAR, to likely strengthen into tropical depression in coming days – Pagasa
Lawmakers eyeing more changes in Maharlika plan
Don't miss out on the latest news and information.