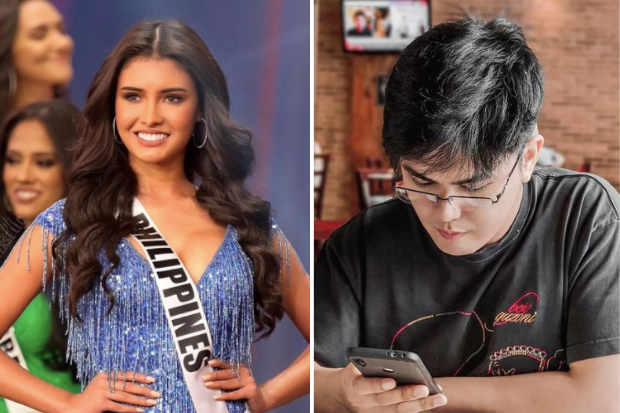 Salvacion took to his Instagram Stories to announce the split following weeks of speculations. He also askef the public to not bash Mateo, as he noted that they had talked and were both okay.

“Spreading rumors without even knowing the real story is just too much,” he said. Netizens previously speculated that Mateo had broken up with Salvacion and started dating “Pinoy Big Brother” alum Andre Brouillette.

“We don’t deserve all the negativities manifested towards us, [especially] towards Rab, she worked hard to achieve whatever she has right now, and she deserves it all,” Salvacion stressed.

“It’s NEVER okay to degrade a person just to prove a point, I mean, if you have nothing to say, it’s better to keep it within yourself,” he added. 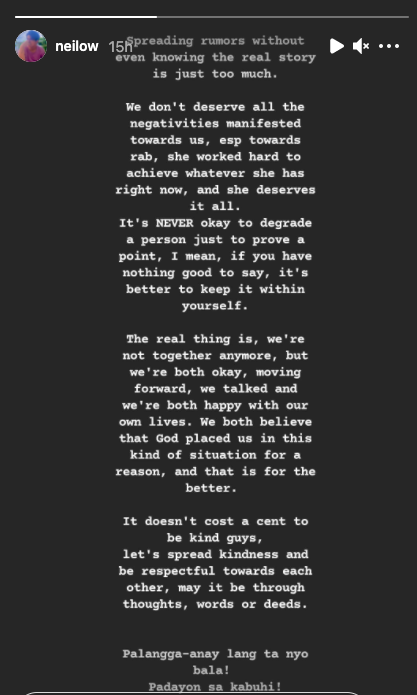 “The real thing is, we’re not together anymore, but we’re both okay, moving forward, we talked and we’re both happy with our own lives,” Salvacion said.

“We both believe that God placed us in this kind of situation for a reason, and that is for the better,” he added.

Salvacion also urged netizens to “spread kindness and be respectful towards each other” as he noted that “it doesn’t cost a cent to be kind.”

Prior to Salvacion’s confirmation, fans yesterday speculated that the two had indeed broken up after they discovered that they no longer follow each other on Instagram.

Mateo on May 30 said in an interview with Boy Abunda that their relationship was “complicated,” and that they “need to talk about things when [Mateo goes] back to the Philippines.” The beauty queen, who finished Top 21 in the 69th Miss Universe, is still in the US.

Mateo was in a relationship with Salvacion for over six years, as they began dating in college. Salvacion is also Mateo’s first boyfriend ever, the beauty queen disclosed last year in an interview with Dyan Castillejo of ABS-CBN News.  /ra

South Africa dismayed at ‘punishment’ for honesty over Omicron variant