Sexism still sets the tone in the music business 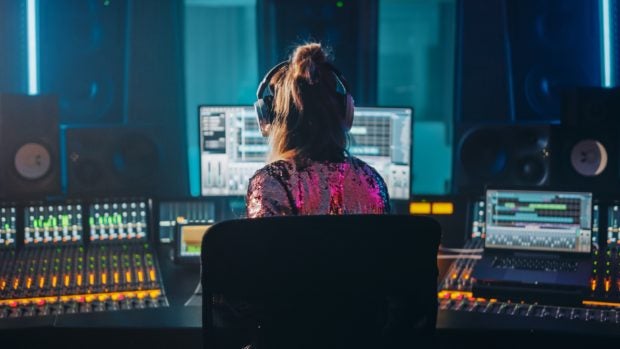 Image: Gorodenkoff/Shutterstock via ETX Daily Up

The music industry is a breeding ground for sexism. If the pandemic has contributed to the emergence of an unprecedented movement of unbridled expression among victims of sexist and sexual harassment in the field, women still have to face many obstacles to make a place for themselves in the industry.

While March is National Women’s Month, Midia Research has studied the place of women in the music industry. And it’s clear that this can be a tough field for many. Some 81% of the 401 women surveyed by the institute believe that it is more difficult for female artists to be recognized than their male counterparts. Even more disturbing: nine in 10 respondents say that the music industry treats its professionals differently depending on their gender.

Several factors feed into this persistent dynamic of inequality. Among them, the numerous cases of sexist and sexual violence that have tainted the profession for many years. In 2020, the MusicToo collective collected more than 300 testimonies highlighting the forms of abuse faced by women in the music business. And these are just the tip of the iceberg, as 67% of women working in the music industry (artists or professionals) in the United States say they have experienced sexual harassment at least once, according to a 2018 study by the Music Industry Research Association.

The hypersexualization of artists, ageism, the festive atmosphere and the precariousness of the profession are all factors that can make the music industry particularly hostile for women. More than 80% of the female professionals interviewed by Midia Research agree that women must “look good (appearance, image, visual performance) and sound good” to break into the business.

“People were suspicious of a pretty woman making music on her own, with a vision. They couldn’t handle me. It was like: ‘It cannot be true that you can have lipstick on and make music,'” Russian DJ Nina Kraviz, who has experienced sexism firsthand, told The Guardian in 2018.

Another major concern for women in music is their age. Many express concerns about getting older, regardless of their age.

“The music industry wants female artists to be young, partly a symptom of the industry’s youth obsession, but also so that women become successful before they are presumed to decide to take on the role of motherhood,” the Midia Research report reads.

Women may find it difficult to break out of these gender stereotypes, especially in some very “male” branches of the music industry. Two-thirds of those surveyed felt particularly excluded from music composition and production.

More and more women in the sector are creating collectives to push the industry to review its operations and it could work. A third of the survey participants (35%) believe that mentoring and coaching could encourage more women to pursue careers in music, as could structural and legislative changes. Quotas were also mentioned by 29% of respondents as a solution.

Several music festivals have gone down that route and are now making sure that parity is respected in their scheduling. But there’s still a long way to go before such levels of parity can be achieved in the industry as a whole. JB

Korina Sanchez remembers times of sexism in journalism: ‘That’s past and passé’