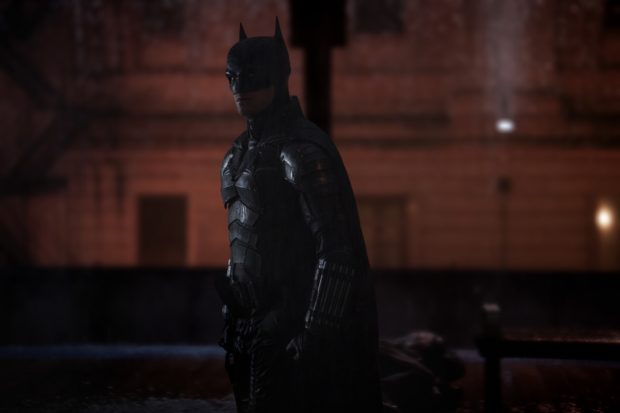 Warner Bros.’ dark new film “The Batman” has soared to the top in North American theaters to become the year’s first film to exceed $100 million in its opening weekend, industry analysts said Sunday.

The latest in a growing collection of Batman films — this one a particularly gloomy version, starring English actor Robert Pattinson — took in an estimated $128.5 million for the Friday-through-Sunday period, Exhibitor Relations reported. The movie cost an estimated $200 million to produce.

Sony’s “Spider-Man: No Way Home” is the only other pandemic-era film to surpass the $100 million mark in its opening weekend, analysts said. It logged a resounding $260 million in ticket sales when it opened in December.

“The Batman” has the Caped Crusader tracking down a serial killer (Paul Dano) while battling crime, corruption and his own demons. It also stars Zoe Kravitz, John Turturro, Peter Sarsgaard, Andy Serkis and Colin Farrell.

Sony adventure film “Uncharted,” starring Tom Holland as an Indiana Jones-style treasure hunter, slipped from chart-topper to a distant second, taking in $11 million, even as its domestic total passed $100 million.

In fourth was persistently popular “Spider-Man,” with $4.4 million in domestic ticket sales in its 12th week out. Its international earnings are now just north of $1 billion.

And in fifth, down one spot from last week, was 20th Century’s murder mystery “Death on the Nile,” at $2.7 million. It stars Kenneth Branagh (who also directs) as the quirky Belgian detective Hercule Poirot in this latest take on the 1937 Agatha Christie novel.

Read Next
Oscar nominees celebrate ‘year like no other’ ahead of ceremony
EDITORS' PICK
A laptop that maximizes your WiFi so you can maximize your productivity
House energy committee chair Arroyo bats for cheap electricity
Marcos bats for close coordination on food supply between nat’l, local governments
Taal Volcano emits 13,572 tons of sulfuric gas, causing ‘vog’ over caldera
Vasculitis nearly turned Ashton Kutcher blind, paralyzed. What is it?
Powered by style, innovation and passion
MOST READ
DepEd condemns molestation of teachers in Camarines Sur
J&J to end global sales of talc-based baby powder
Ex-DBM exec Lao of Pharmally mess tagged in overpriced DepEd laptops
Anne Heche ‘not expected to survive’ after crash—reports
Don't miss out on the latest news and information.