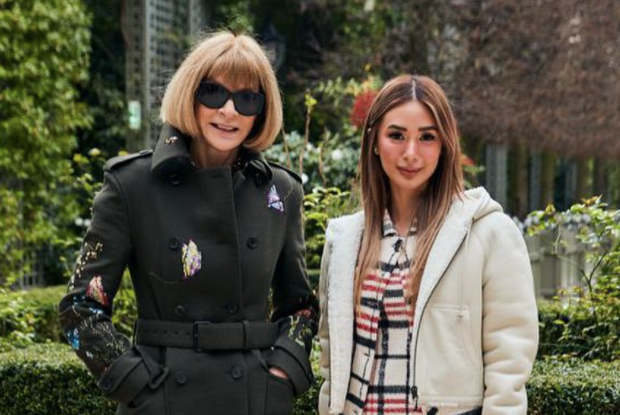 Heart Evangelista is back in Paris again for Fashion Week, and she got to enjoy breakfast in the city with Vogue editor Anna Wintour.

The actress gave fans a glimpse of her meeting with the fashion magazine editor by showing them standing side by side on her Instagram page today, March 5. Evangelista also met Edward Enninful, the editor-in-chief of British Vogue, during the said gathering.

“Breakfast in Paris with Anna and @edward_enninful. Thank you for hosting @voguemagazine. It was indeed a wonderful way to start my day!” she said.

Fellow celebrities Anne Curtis, Iza Calzado and Karen Davila were among those who expressed their awe over Evangelista’s moment with Wintour.

“Major! So happy for you, Love Marie!” Calzado said while referring to Evangelista by her real name.

“Go girl! I am so happy for you dear!” Davila cheered.

Meanwhile, Curtis simply described the interaction between Evangelista and Wintour as “major.” 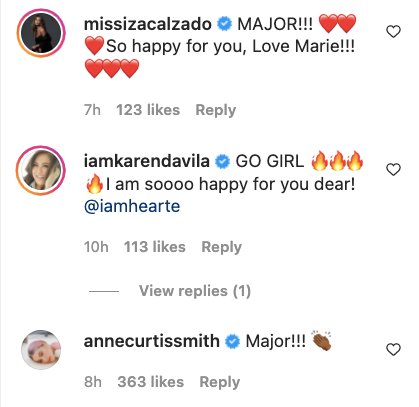 Evangelista was named one of the “Vogue 100” back in 2019. The list features “distinctive creative voices from around the globe, encompassing actors, artists, musicians, athletes, stylists, activists, chefs, choreographers, videographers, beauty fanatics, glamour girls and wonderful weirdos of every stripe.”

Last January, Evangelista flew to Paris for her first solo travel as an “independent woman,” also for Fashion Week. At the time, she visited a shooting location for the series “Emily in Paris” and met with French fashion designer Christian Louboutin, among others.  /ra