Ben Tulfo: I was just challenging Raymart Santiago to a fair fight 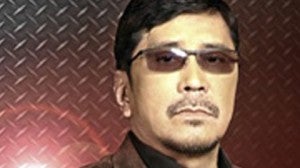 MANILA, Philippines — What threat? It was only “an invitation to a fair fight.”

Broadcast journalist Ben Tulfo has asked a Quezon City court to junk the bid of Raymart Santiago and his wife Claudine for a court protection against the Tulfo brothers.

In an answer submitted Friday, the T3 host maintained that his statements were “a mere invitation to a fair fight” with Raymart.

“Such invitation may be easily accepted, declined or ignored. This is hardly a threatened commission of a crime,” he pointed out.

Tulfo also denied that the statements he uttered on his brothers’ T3 show on May 7 were threats to the Santiagos’ right to life, liberty and property.

He pointed out that his statement, “Di pa tayo tapos (We’re not finished yet),” may have several meanings.

“The perceived threats from the remarks and statements are considered to be more imagined than real,” Tulfo said through his lawyer Dorada Lori Agas.

Ben was heard on air on the May 7 episode of T3, hinting at a “last man standing” fight with Raymart inside a warehouse with an ambulance waiting outside.

His statements were his “sentiments” as to the quarrel between the couple and his older brother, Inquirer columnist Ramon Tulfo, at the airport last month.

“Those statements were uttered at the height of emotions after seeing what happened to his older brother,” the journalist said in a nine-page pleading.

Tulfo asked Judge Bayani Vargas of Regional Trial Court Branch 219 to junk the Santiago’s bid for a writ of amparo against him and his brothers Erwin and Raffy.

He (Bienvenido Tulfo in real life) also sought the lifting of the temporary protection order that Vargas issued last week, barring the T3 hosts from approaching the Santiago couple within 500 meters.

The showbiz couple earlier won the TPO against the Tulfo brothers whom they accused of issuing threats against them on their T3 show.

The Tulfos, on May 7, allegedly threatened the Santiagos on air a day after their brother Ramon figured in a scuffle with the couple at the Ninoy Aquino International Airport.

But according to Ben, his statements on his T3 show were a “general declaration of his sentiments without referring to any particular crime to be committed.”

“This makes it all the more surprising that she would seek any sort of relief, including a writ of amparo,” Tulfo said, adding that the Santiagos’ petition for a writ was “baseless and malicious.”

The journalist also noted that the couple’s petition did not have a certification of non-forum shopping, which made it a mere scrap of paper under the rules.