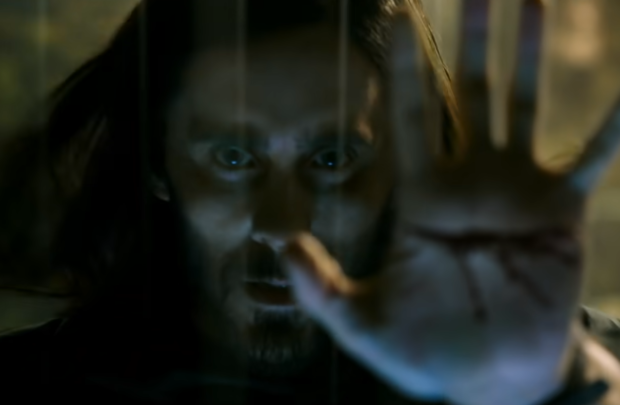 “Morbius” has dropped its newest and final trailer, revealing Jared Leto as the titular living vampire as well as more links to Marvel’s “Spider-Man.”

“Morbius” follows a doctor who discovers a way to heal himself from a rare blood disorder, but his cure turns out to be a “curse” as he becomes a superhuman with a thirst for blood. Keaton’s character appears to be speaking directly to Morbius in the trailer, calling the latter’s newfound abilities a “gift.”

It is unclear whether Keaton’s appearance in “Morbius” is related in some capacity to his character in “Spider-Man,” but it does confirm that he will at least be having a cameo in the film.

Aside from Keaton’s participation, the final trailer for “Morbius” was also shown on the official Twitter page of “Spider-Man,” adding to fan theories that the film has ties with the superhero played by Tom Holland.

Keaton recently took home the award for best actor in a limited series at the Screen Actors Guild Awards for his performance in “Dopesick.”

Aside from Leto and Keaton, “Morbius” also stars Matt Smith, Adria Arjona, Jared Harris, Al Madrigal and Tyrese Gibson. It is directed by Daniel Espinosa, while Matt Sazama and Burk Sharpless did the screen story and screen play.

The film is produced by Avi Arad, Matt Tolmach and Lucas Foster. It opens in Philippine cinemas on March 30.  /ra