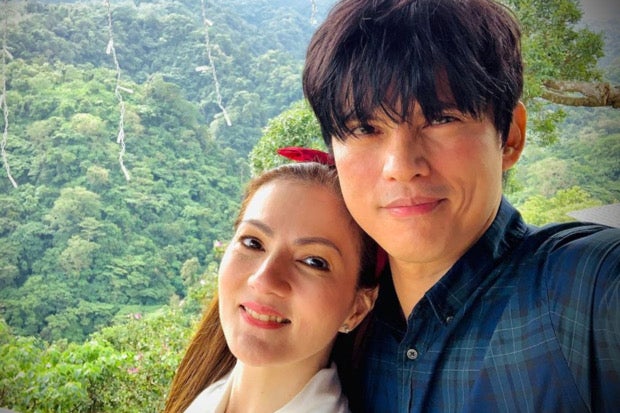 Zoren Legaspi recounted how he planned his surprise wedding to Carmina Villarroel and how her father’s health was one of the factors why Legaspi decided to push through with it.

Legaspi got emotional as he talked about their wedding and his concerns at the time regarding Villarroel’s father, as seen in a vlog on the couple’s YouTube channel yesterday, Feb. 27, where they were answering fan questions.

(One of the triggering points why the wedding was a surprise and the preparation was rushed was daddy Reggie’s health condition at the time. He needed hip replacement. According to the doctor, his chance to live through the operation was 50-50. Then I asked, “Was that the only option?” Then it hit me. I told myself, “If I’m going to marry Mina and daddy Reggie won’t witness it, it’s useless.” Because your mom is already gone, then you’ll walk down the aisle without your dad too, so for me it’s useless.)

Legaspi then described Villarroel’s walk down the aisle as his favorite part of their wedding, stressing that Villarroel’s emotions were evident then as she was with her father.

Aside from their wedding, Legaspi also talked about how he’s not ready for his twins, Cassy and Mavy, to be in a relationship, stressing that they’re still young to be in one. He also added how the “culture” of getting into young relationships should be dismissed.

“‘Yung sa akin kasi, why push them into these things at a very, very young age kung marami namang pwedeng ma-push sila in a different angle,” he stated. “The later you have a relationship, the better. Kung nag-25 ka or 26 and you’re still single, doesn’t mean you have a lonely heart. It’s better kasi hindi ‘yan ang priority sa buhay.”

(For me, why push them into these things at a very, very young age when there are a lot of different angles to push them to? The later you have a relationship, the better. If you’re already 25 or 26 and you’re still single, it doesn’t mean you have a lonely heart. It’s better because it’s not a priority in life.)

Legaspi and Villarroel tied the knot in 2012 after being a couple for 12 years. Their surprise wedding was attended by fellow celebrities that include Boy Abunda, Susan Roces and Maricel Soriano. JB