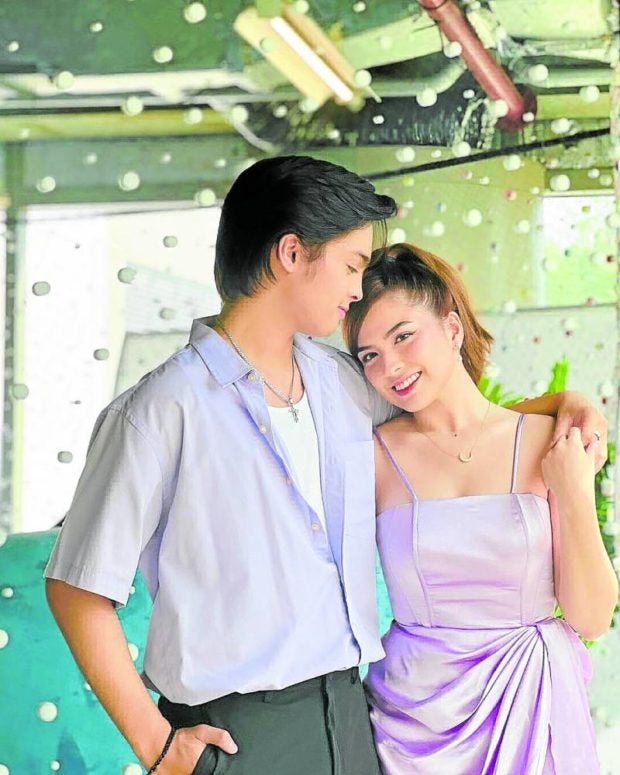 The chemistry and physical intimacy that are seen between former “Pinoy Big Brother” housemates Alexa Ilacad and KD Estrada are genuine and aren’t mere “fan service,” the onscreen couple insisted.

“I’m aware that there are people who doubt our actions. There’s nothing we can do about that, but I promise you, with KD and I, what you see is what you get. This isn’t fan service. Our supporters will tell you what’s true,” Alexa told reporters during a recent chat to promote their grand virtual meet-and-greet with fans in “Closer: The KDLex Fancon” on Feb. 26.

“Whenever I hear comments like that, I say, ‘Really? Seriously? I’m at Alexa’s place almost all the time. I would eat with her mom and dad all the time!’ If you still think that’s fan service, then I don’t know anymore,” KD added.

Alexa and KD’s friendship developed while they were part of “PBB: Kumunity Season 10 Celebrity Edition.” The “romance” between the two wasn’t immediately apparent while inside the PBB House. In fact, KD, 18, used to refer to Alexa, 21, as his big sister. KD also initially hoped to continue pursuing former flame, Anji Salvacion, while they were in competition, but the two later decided to just remain friends. The KDLex tandem, however, was created because of its growing number of followers.

“Of course, we had no idea about what’s happening outside. There were super rare times we were in the garden. This happens only during eviction night,” recalled Alexa.

“One time, I was crying and he was comforting me when we heard people chanting, ‘KDLex! KDLex!’ I asked, ‘Is that us?’ KD was like, ‘Why? Are people watching us?’ After that, we got orders from Kuya to go back to the house and close the door. We didn’t think much of it then, but we were so surprised when we got out.”

She continued: “When I got to watch the clips, I finally said, ‘Oh that’s why.’ Our relationship inside the House was something else. We really fought to protect each other. We were there for each other and it’s not your typical romantic story or anything. It was a perfect way to get to know us more.”

This is why, Alexa said, they wanted to show their fans how much they appreciated them. “I’m always touched by how our supporters would try to defend and protect us. They would sometimes answer back at bashers, who I think have no brains at all. Of course, KD and I would rather that there are no fan wars,” she admitted. “I know that they also feel hurt. They absorb all the negative emotions for us, especially since they know that we don’t fight back.” 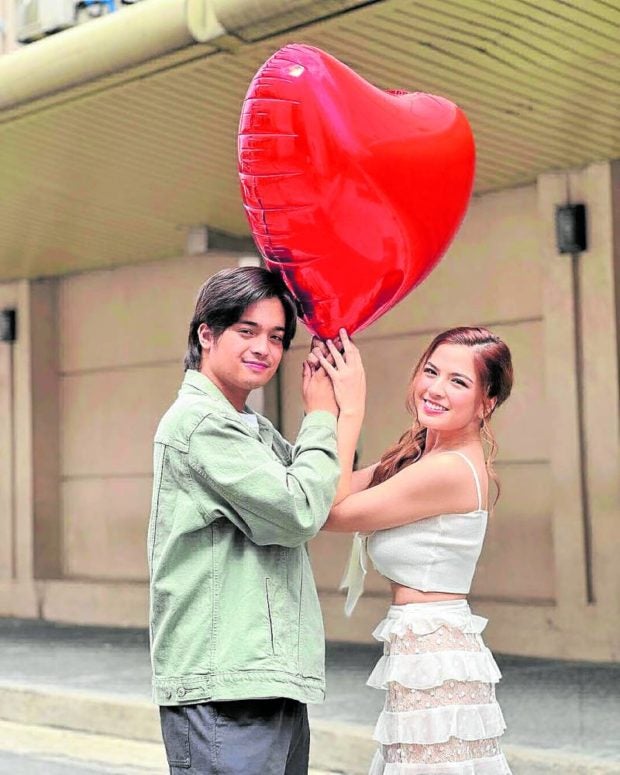 KD agreed but added that he would sometimes react when he felt their bashers have already gone too far. “What I hate the most is when they go after Alexa. If I see that they are already harming her, then I’d say, ‘OK, let’s go! I will fight you!’”

There was also a point during the media gathering when they were asked to reveal what the “real score” was between them. To this, Alexa said: “We’re not actually together, yet. Of course, there’s something blossoming. We had this talk where I told him that I don’t want him to get into anything serious just yet because, with so many things happening to us at the moment, things can get really overwhelming. I thought the smart thing to do was to just focus on our work, which can be a bit stressful. It would be better to just enjoy each other’s company. To be honest, I’m ready for love but I know that he’s new to all these and I want him to enjoy what’s happening to him. I want everything to go smoothly.”

Now that they’re out of the PBB House and are working together more closely, Alexa said she had an interesting “discovery” about KD. “I discovered how clingy he is. It’s cute and not at all annoying, but it just surprised me because I’ve always thought that I was clingy. In the House, I never really noticed that we’re always together until I saw the clips. When we got out, he would always ask me where I was. He’s not clingy to everyone, just to me. I’m the chosen one,” she said.

KD was then asked to talk about the ring that he recently gave Alexa. “She waited for me from 12 noon to 9 p.m. because I was shooting a vlog for Squad Plus. She had a guesting there, but her work lasted for only 3 minutes. When everything was done, she ended up sleeping on my shoulder. I took her hand, took off my ring, then placed it on her finger. It’s too big but it looked nice on her.”

Alexa then said she didn’t think much of the gesture at first because she thought KD merely put the ring on her finger to try it on for size. “He knows that I’m into jewelry. I also didn’t want to accept it because I knew how special the ring was to him. It was the first ring that his mom gave him, so I told him, ‘You can still get it back if you want.’ I know how special it is that’s why I feel too shy to accept it,” she admitted.

The two are busy preparing for their first-ever fan convention, which will be streamed at 8 p.m. tonight, on KTX and Sky pay-per-view. It is presented by ABS-CBN events and Kumu.

“We’re going to be singing a few of the songs we wrote inside the House, the songs that we know our ‘Sweethearts’ love so much. We want our repertoire to be mostly original. We want them to feel that this is really from our hearts,” Alexa explained.

“I’m grateful that KD was there with his guitar. This helped me cope from inside the House. For people like us who are so used to playing music, living without it could drive us crazy. Thankfully, when we felt certain emotions, we didn’t just talk about it, we also tried to make a song. When we missed a family member, or when we wanted to talk about being housemates, we wrote songs, too. This made mine and KD’s journey inside the House far more interesting,” she said.”

Robi Domingo will host the fancon, while former housemate Shanaia Gomez will be a special guest. Regular tickets to “Closer” are still up for grabs for only P199.