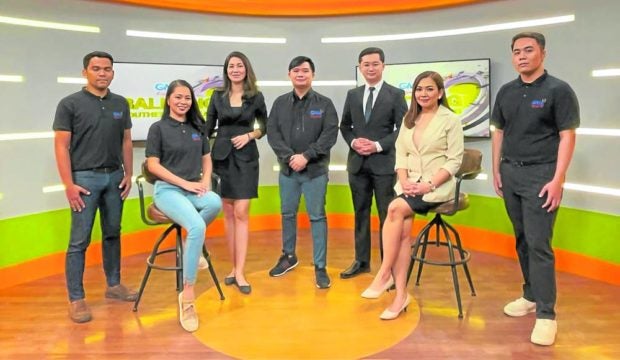 With the recent launch of its new station in Batangas province GMA Regional TV has finally completed its news coverage and operations “grid” in the Philippines.

This means that news and events happening in Region IV-A or the Southern Tagalog Mainland (Quezon, Rizal, Cavite, Laguna, Batangas) will now be covered by a dedicated team.

“The region is important. These are big provinces with a total population of almost 16.2 million people. And we realized that a hub in this area is what we were lacking. Because these provinces are considered close neighbors of Mega Manila, we used to only send correspondents from Manila,” Oliver Amoroso, GMA Regional TV and Synergy first vice president and head, told the Inquirer in a virtual conference.

“With the new news hub there, we will be able to immediately send [reporters] in times of calamity or natural disasters … We can cover them anytime, anywhere, because we’re equipped,” Amoroso said. “But of course it’s not just about the news. We’re also highlighting the local culture and communities.”

“Balitang Southern Tagalog” is anchored by Batangas natives Ivy Saunar-Gasang and Ace Medrano, who pointed out that the existence of a local news team in the region will lead to more in-depth stories and coverage.

“Our local reporters can go to where the news is and deliver it as it happens,” Ivy said. “And there are a lot of stories here, a lot of things to discover about the small communities. There are light and hard stories that can raise awareness in the region.”

“We might think that the national news already has most of the stories in the region covered, but there are still lots of parts or corners here that the rest of the country doesn’t know about,” Ace added. “Through ‘Balitang Southern Tagalog,’ our goal is to introduce these places and stories, from the lens of native news producers.”