After fangirling over John Lloyd Cruz for years, playing his love interest ‘a big achievement’ for Faith da Silva 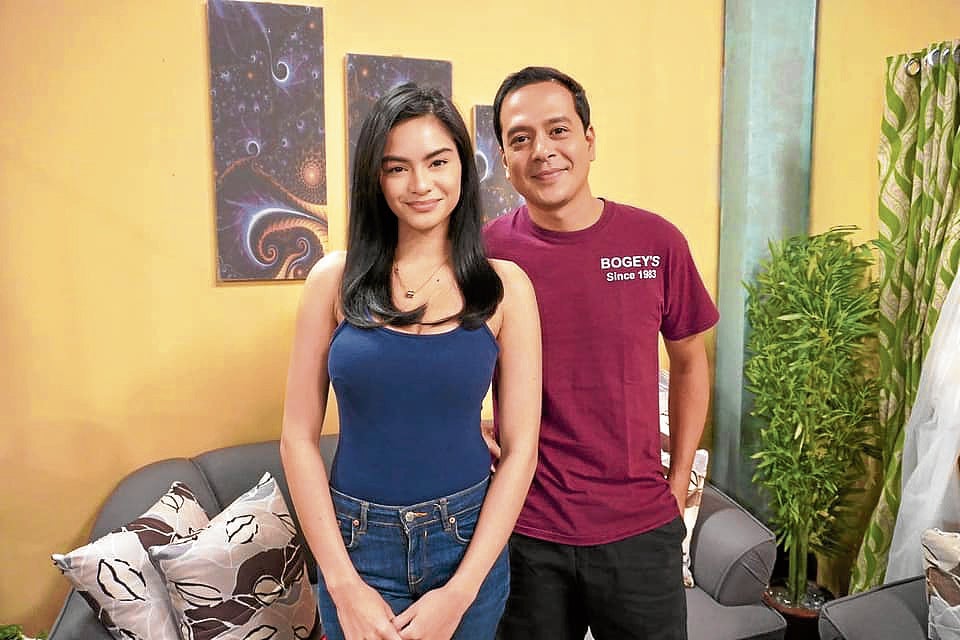 One of Faith da Silva’s fondest memories growing up was watching John Lloyd Cruz movies with her grandmother. But never did it cross her mind that she would one day share the cameras with the multiawarded actor.

“My lola has achy knees, but she would still go to the mall with me, so we could catch John Lloyd Cruz and Bea Alonzo’s films together in the cinemas. They’re our favorites,” Faith told the Inquirer in a recent virtual conference for her debut single, “Sana Sabihin Mo Na Lang.”

The 20-year-old newbie has so far appeared in three episodes, as a guest character, in John Lloyd’s new GMA 7 sitcom, “Happy ToGetHer.” She played Jenny, a potential romantic interest of John Lloyd’s character, Julian—a charming mechanic and single father looking for a partner.

“To think that not only was I able to work with him, I got to play his love interest … I don’t know how to explain [how I feel],” she said. “It’s a big achievement, not only for me, but also for my lola! John Lloyd is so kind, caring and so professional. I have nothing but good words about him,” she said.

After the successful run of her afternoon series, “Las Hermanas,” Faith is shifting her focus to music for the meantime. While a career in singing was her original goal when she first entered show biz, she had set it aside to make way for acting and her stint in the reality talent search “Starstruck” Season 6.

“My family is musically inclined. My mother used to be part of a band and my brother sings really well. And actually, the talent I auditioned with for ‘Starstruck’ was singing, because I wasn’t into acting or dancing yet,” she recalled.

“But then I started doing workshops for acting. That’s where my focus eventually went and people seemed to have forgotten that I could sing. But now, I feel like, ‘Why not share this talent with other people. I’m grateful to GMA Playlist because they opened the doors for me,” she added.

While Faith had already recorded a few teleserye theme songs, “Sana Sabihin Mo Na Lang”—which drops on Feb. 25—will be her first proper single. The sound, she said, was inspired by the music of her favorite band, UDD, or Up Dharma Down.

“This single I really prepared for. I took my time with it. I’m excited it’s finally here,” she said. “I have been a fan of Up Dharma Down since I started singing—they’re my inspiration for this song. I’m happy that the song sounds exactly how I would like it. I’m looking forward to people hearing it.”

Her new single, Faith related, is about being stuck in a relationship you’re no longer happy with, and trying to fix it even if you already know it’s beyond repair. The song’s message resonated with her, because she had to go through a similar situation amid the pandemic.

“It was very hard because we couldn’t go out, see each other … I reached a point where I became paranoid and overly emotional. I’m not that kind of person. I felt like I was losing myself,” she said of her breakup.

Faith is single at the moment and happily so. “I have realized that when you’re single, you get to do many things that make you happy; things you wouldn’t have noticed when you’re boxed in a relationship. I find ways to be happy. I read books and talk to my friends and family. I have more time for myself,” she said.

That also means more time to focus on making necessary changes and steps to improve her craft. “I think I have grown a lot amid the pandemic. Because you have nothing else to do you just start focusing on things that you should be really doing. I wasn’t as focused on my work when I was 18 … But now that I study, I started sleeping early and eating healthy.”

Meanwhile, Faith’s looks are often compared to that of Miss Universe 2015 Pia Wurtzbach. Does she have plans of entering the world of pageants? “If ever I join, I want to make sure I’m 100-percent ready and trained … I’m excited for that journey, but I’m not rushing it. I want to take my time,” she said.