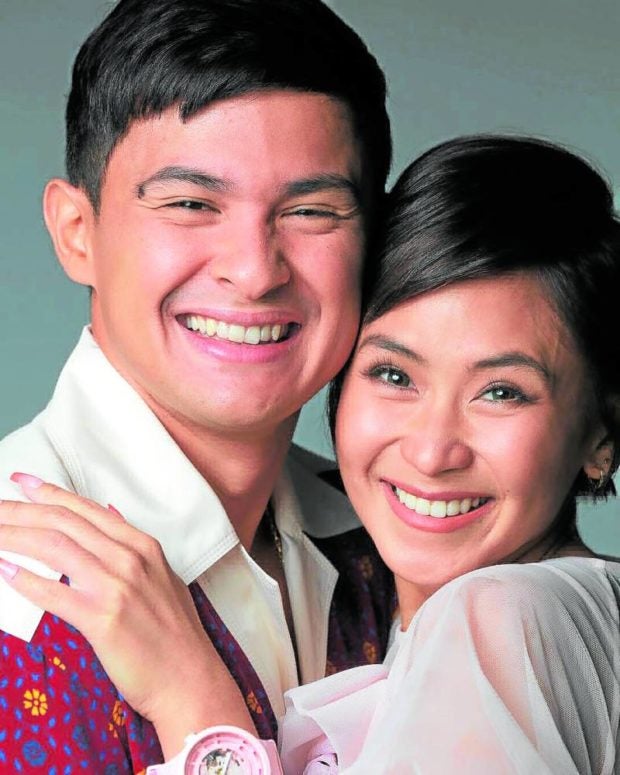 Actor and triathlete Matteo Guidicelli said marrying his wife, singer-actress Sarah Geronimo, two years ago was “a major decision” and “a risk worth taking.”

Matteo and Sarah wed in a secret ceremony on Feb. 20, 2020, reportedly against the will of Sarah’s parents.

“One wouldn’t understand until he or she takes the same route. [When it comes to marriage,] I think everybody has their story to tell and unique feelings to share. Recalling our story, you can say that it was indeed a risk, and that it was all worth it,” said Matteo during a virtual presser to launch Sun Life Financial’s latest ad campaign, titled “Partners in Health,” in which he is among the ambassadors.

“It’s only been two years since we got married, and I’m praying for a lifelong journey with her. I expect a lot of ups and downs with her. I hope for a partnership with her that will last forever,” he told Inquirer Entertainment.

Staying married, said Matteo, is a decision that he and Sarah both have to make every day. “To keep on loving each other is also a decision,” he added. “But if you have the right mind-set, if you have goals and a purpose, then making that decision won’t be too hard for you. Every day, I look at it from a long-term perspective. I would often ask myself, ‘What do I dream for our future?’ Then that’s what I try to work on today.”

Matteo has set some “husband goals,” too. The actor explained: “I try to be as honest and transparent to my wife as possible. I also aim to be a hardworking husband, to always try to give her smiles every day, to always uplift her spirits, and help her achieve the goals she has set for herself.” 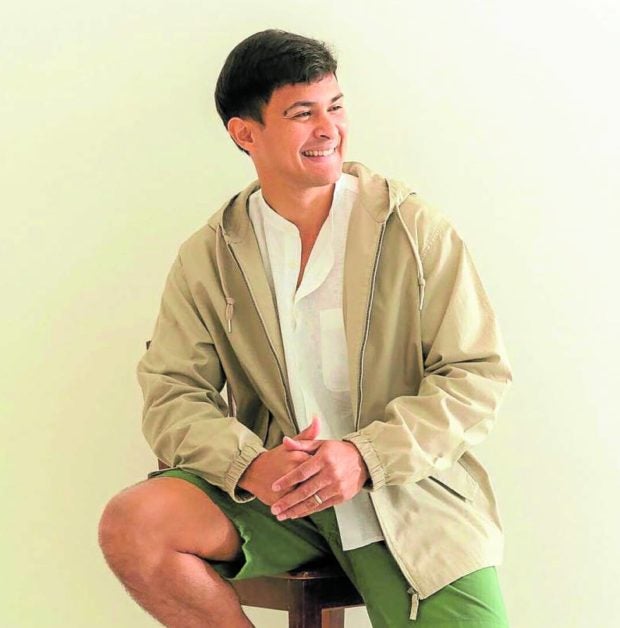 The actor, however, would rather not discuss any “baby plans” he has set with his wife. “I really want to have one, but in God’s time,” he said.

As an artist, Matteo said he also took several “business risks,” even while the world battles the pandemic. He and Sarah have put up their own company called The G Productions, which produced their Christmas concert, titled “Christmas with the Gs,” as well as Sarah’s “Tala” concert. “We have several things in the pipeline. We’re also hoping that the studio we’re building will be finished soon,” Matteo shared with Inquirer Entertainment. “Everything has shifted and changed because of the COVID-19 situation. We were introduced to the idea of working from home. Now that things have opened up a bit, we will also pursue our partnership with Viva (which also manages his and Sarah’s career). Opportunities are arriving, major decisions have to be made for our future.”

He also let on that he will start working on a new film in mid-2022, but when asked whether it would be with Sarah, he answered with a definitive “no.” He added that Sarah is “busy doing her own thing. You’ll find out more about this very soon.”

Matteo is currently part of the TV5 talent search “Masked Singer Pilipinas.” He also pointed out that there is no existing contract between him and any broadcast network at the moment. “If there’s an opportunity to sign up with one in the future, we’ll see,” he stressed.

He said that, just like some of his colleagues who chose to lie low from show business during the pandemic, he is now “trying to really appreciate the simple things” in his life.”

He explained: “COVID-19 has taught us many things. Among these is the fact that it’s very important ‘to stop and smell the roses.’ It’s a very simple saying, it’s actually a cliche, but it’s very true. As a married man, I’m now appreciating what God has given me. I have a soldier friend whom I just spent time with recently. I did so because one of us could leave this world tomorrow, we don’t know. It’s important to appreciate simple moments and spread the love.”

Aside from Matteo, Sun Life’s “Partner in Health” campaign also features Charo Santos-Concio and Piolo Pascual. It showcases videos with these celebrities talking about lessons from past experiences that paved the way for their brighter future. One of these is investing in their health.

Complementing the videos is a series of webinars, titled “Safe Space,” which focuses on mental health to be conducted in collaboration with the Philippine Mental Health Association Inc. The pilot stream, titled “Love ’em, Hate ’em, Stress ’em: Mental Wellness for the Family,” will be held on April 9. It will be followed by “Imperfect Balance: How Mental Wellness Bridges Work and Life” on May 14. The series will close on June 18 with “You are Worth It: Illuminating a Path toward Holistic Health.”