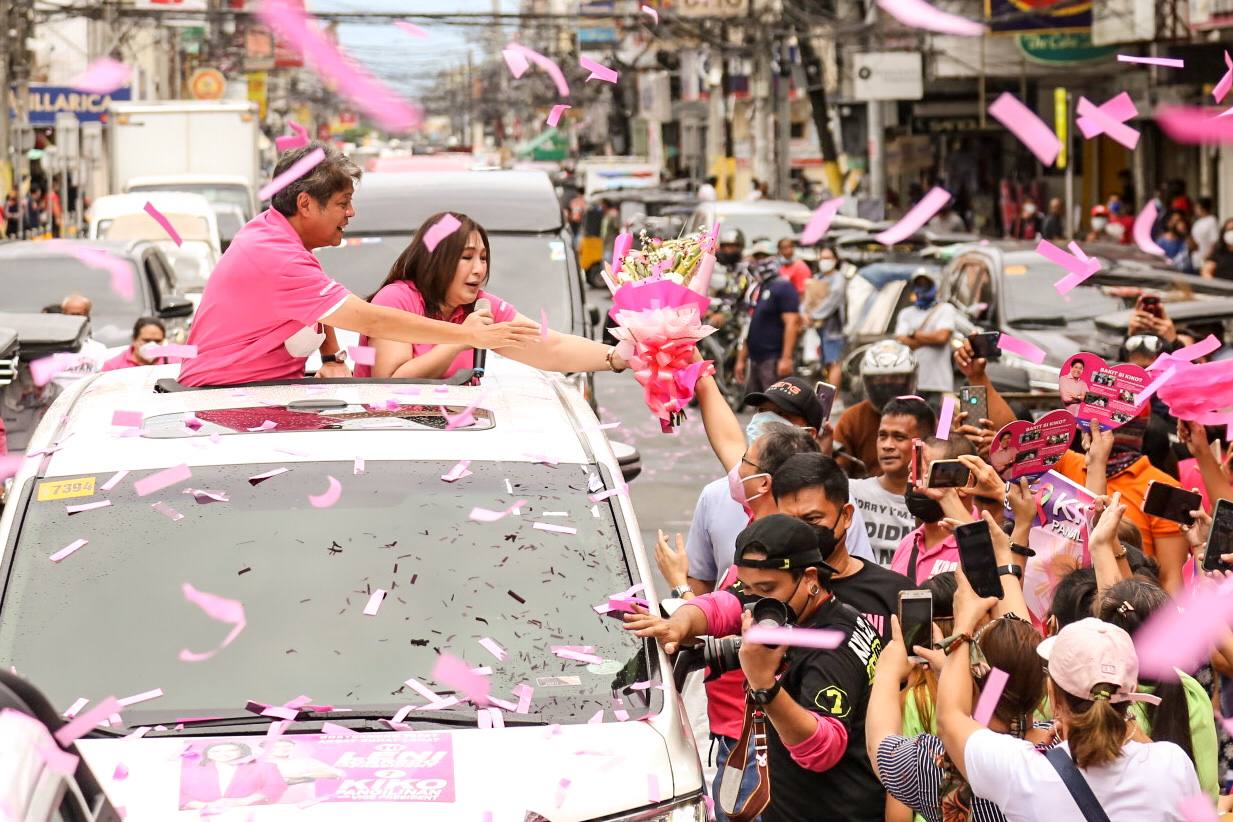 MANILA, Philippines — Clad in pink, Sharon Cuneta on Tuesday made her debut in her husband’s 2022 campaign as she joined vice presidential candidate Senator Francis “Kiko” Pangilinan in Tarlac for the first time since the campaign period started.

Cuneta excitedly waved at supporters who welcomed her and her husband at the Gerona Public Market with cheers and pink confetti.

(Let’s support Leni-Kiko. Their plans to ease and resolve the problems on hunger in the country are very clear. Ang Ma’am Leni and Kiko do not have a stain of bad record in the government. He’s been senator since 2001.)

The Megastar vouched for the senator, who she described as a good father and husband.

(We are married for 25 years. Not an ounce of rumor, but if there is something, that wouldn’t be true because I must have already left him.)

Cuneta and Pangilinan have been married for 25 years.

She then thanked those who came out and expressed their support for her husband and urged them to vote for him and his presidential running mate, Vice President Leni Robredo.

(Let’s give them both the chance to serve the nation, their hearts are so sincere to serve you, their love is so genuine.)

This is the first time Cuneta joined Pangilinan in any of his public events since the campaign period kicked off earlier this month. 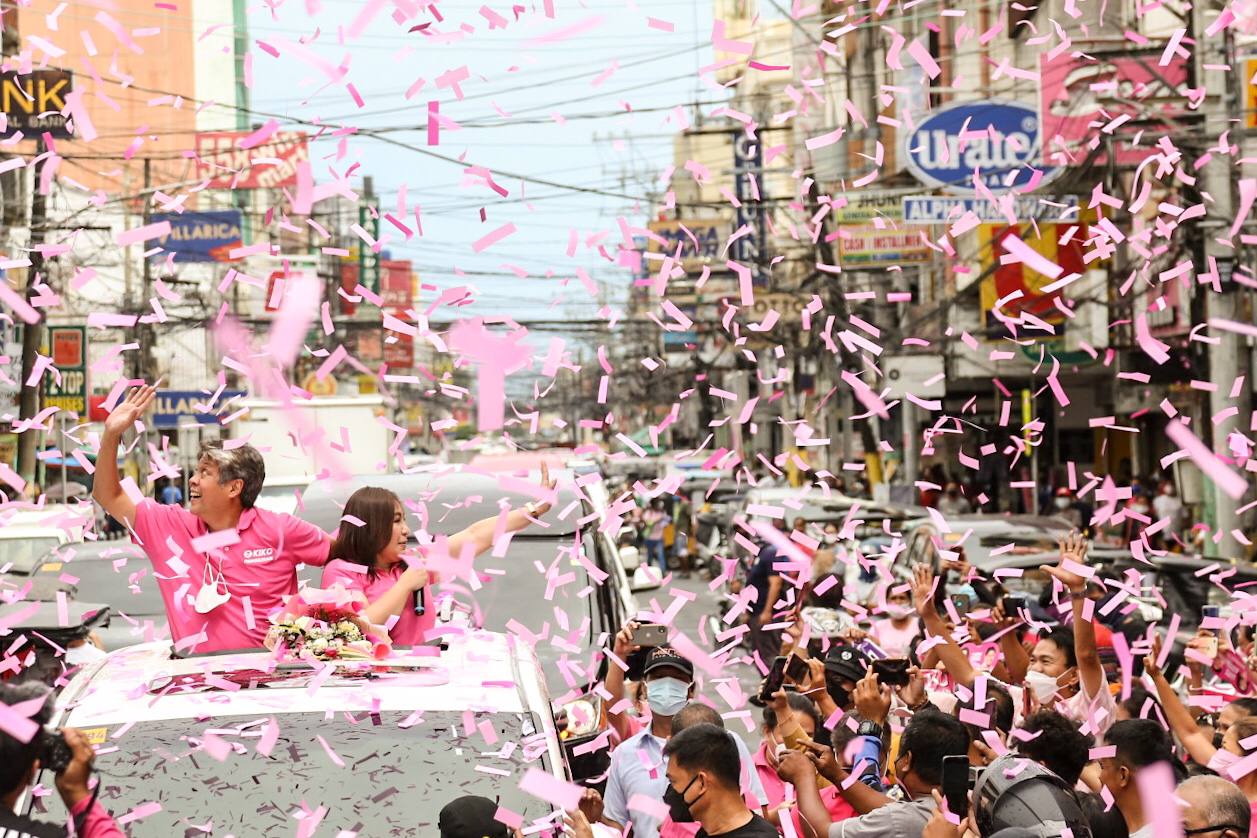 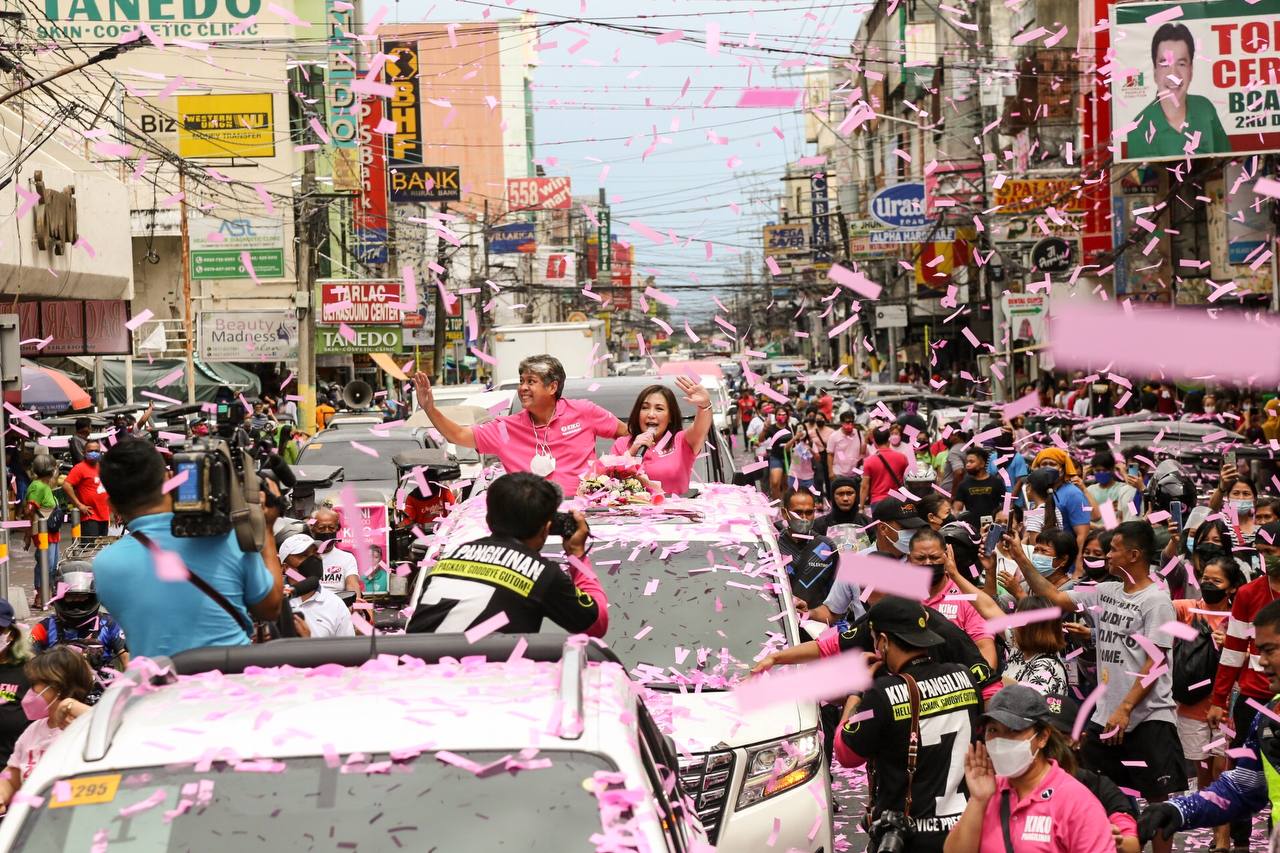