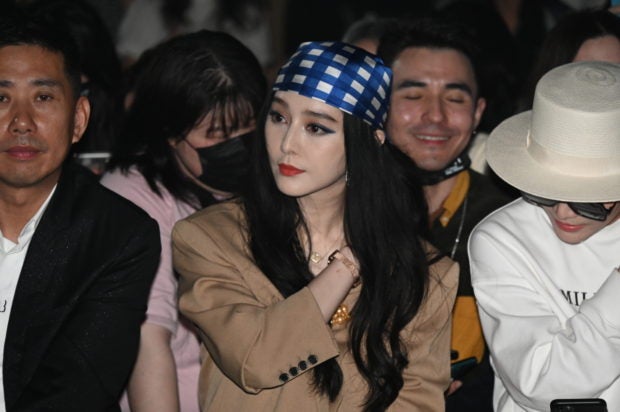 Fan Bingbing attends a UTI event on May 9, 2021 in Shanghai. Photo via The Korea Herald/Asia News Network

According to local cable channel JTBC, the shooting of Fan’s segments in the series was recently completed.

The broadcaster did not say whether the actor is making a cameo or appearing in a minor supporting role.

“Though the actor has joined ‘Insider,’ detailed information about Fan Bingbing’s role is yet to be revealed, as it is closely related with the plot and storyline of the series,” a JTBC official told The Korea Herald on Monday.

“Insider,” an action thriller, revolves around a judicial trainee played by Kang Ha-neul who falls into despair while conducting an undercover investigation. The series presents the character’s struggle to recover his normal life.

Starring in the JTBC’s upcoming series, actors Kang and Lee Yoo-young are swiftly returning to the small screen after their latest series — KBS’ “River Where the Moon Rises” (2021) and “Drama Special: Traces of Love” (2021), respectively.

In January, JTBC said that “Insider” is scheduled to be released in the first half of the year. But the release date and number of episodes have yet to be announced.

Fan recently made her return to the big screen with Hollywood action-thriller “355,” her first film in four years.