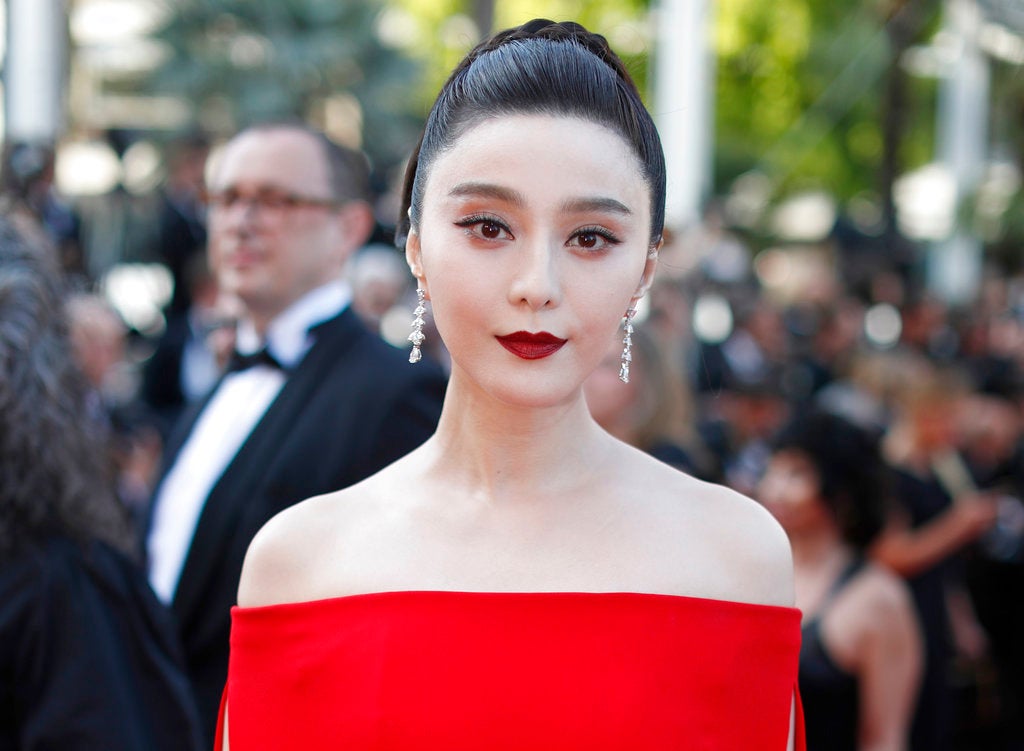 In this May 24, 2017, file photo, Fan Bingbing poses for photographers as she arrives for the screening of the film The Beguiled at the 70th international film festival, Cannes, southern France. Image: Thibault Camus / AP

BEIJING (AP) — X-Men actress Fan Bingbing has disappeared from social media amid rumors she has been barred from leaving China during a tax evasion investigation.

Fan, 36, usually maintains a prominent presence on China’s main microblogging service Weibo, where she has more than 62 million followers. However, her account hasn’t been updated since June 2, when she wrote about the work of her charitable foundation.

Her boyfriend, actor Li Chen, has not updated his account since July 6.

Unconfirmed reports circulating online say both have been barred from leaving China as the authorities look into claims that Fan was given dual contracts for her work: a public one giving her official salary and a private one stating her actual, much higher, pay.

Chinese media reports say neither Fan, her production company nor agent can be reached, boosting speculation that all have been caught up in the probe. Police rarely comment on such investigations until a conclusion has been reached.

However, in a June 3 statement, Fan’s production company stated that Fan had never signed any “ying-yang” contract, so named because of their dual natures.

Fan has appeared in dozens of movies and TV series in China, but is best known internationally for her role as Blink in 2014’s “X-Men: Days of Future Past.”

She is one of China’s wealthiest entertainers, pulling down tens of millions of dollars for her roles, along with substantial amounts in appearance fees and product endorsements.

Chinese authorities have sought to rein in high salaries for actors that can eat up much of a production’s budget. In June, regulators capped pay at 40 percent of a total TV show’s production budget and 70 percent of the total paid to the actors in films.

Criminal cases can be career-ending for Chinese celebrities because the communist authorities, who possess ultimate control over what content is released, have ordered offenders blacklisted.

China’s last major celebrity scandal was in 2014, when Jaycee Chan, an aspiring entertainer and the son of actor Jackie Chan, was sentenced to six months in prison for allowing others to smoke marijuana in his Beijing apartment. AB

Kidman, Theron to star in film on harassment at Fox News