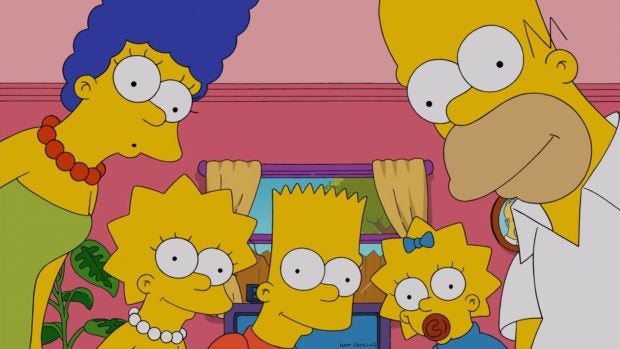 What’s going on with “The Simpsons”? While the show’s characters, starting with Bart, have long been a source of inspiration for fashion, food, gaming, and even the music industry, this cartoon family now seems to be rising through the ranks of the fashion world, to the point of becoming unlikely muses.

But this has nothing to do with the “Bartmania” of the early 1990s, when the world’s most famous “brat” was the standout star of the animated series, selling millions of T-shirts and more. Today, the show’s enfant terrible is inspiring high fashion, luxury and the most coveted brands, along with his parents, and his sister, in fact.

Forget the slogan T-shirts, the keychains and other merch in the colors of the famous cartoon family. Although they’d no doubt still be snapped up like hotcakes, now it’s time to make way for style and sophistication. From a fashion show in Paris, to luxury clothes and sneakers, never in more than three decades has the Simpson family made so many incursions into the world of fashion, or, by extension, been so stylish. The show’s most rebellious child, who once had a penchant for showing his butt cheeks, now even has fashion collections in his name.

Indeed, the Swoosh brand is set to release a new pair of sneakers inspired by Bart. Unveiled by the Sneaker News Instagram account, rather than by Nike, the SB Dunk Low, which make the brand’s name in the world of skateboarding, are now landing in a trio of colors: yellow, orange and blue, echoing the colors of Bart’s skin, T-shirt, shorts and shoes. The sneakers should be released soon, although no date has yet been announced.

And this isn’t the first time that the family has inspired Nike. Parents Homer and Marge have also had sneakers in their colors, based on the SB Dunk, Low and High versions, respectively, and all of which evidently met with success. It’s enough to give fashion houses ideas. Then came Adidas, which a few months ago presented the “Simpsons X Adidas McCarten ‘Left-Handers Rule.'” Here, against all odds, it’s not a member of the family who is honored with a sneaker style, but their closest neighbor, Ned Flanders, whose outfit directly inspired the shoe’s design.

Collab for denims and more

Then, there’s the latest announcement from Levi’s, just a few days ago, explaining that “something big is coming soon” with a video teasing “The Simpsons x Levi’s.” Sweatshirts, T-shirts, denim jackets, corduroy pants and bucket hats seem to be on the agenda in a high-profile collaboration combining pop culture and streetwear, which could be released in the coming weeks.

Opening the door to luxury

Ever at the cutting edge, the Balenciaga fashion house has clearly set the tone, while also kicking off a host of partnerships with the Springfield family. For the presentation of its spring-summer 2022 collection, Demna Gvasalia, the luxury brand’s artistic director, dropped a previously unseen episode of the famous series, in which he appears for the first time. Laced with the usual dose of humor and satire, the family members arrive in Paris to walk the runway in front of an array of stars, including Anna Wintour.

A few days after airing the episode, which now has more than nine million views on Balenciaga’s YouTube channel, the luxury brand presented a “The Simpsons” collection for adults and children, which also proved a great success. Now, after more than 30 years of fame in their hometown, The Simpsons seem ready to conquer the world. JB