‘America’s Got Talent’ star Nightbirde dies after battle with cancer 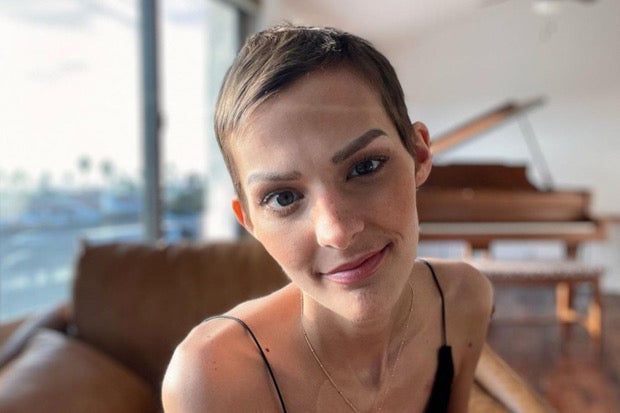 “America’s Got Talent” contestant Nightbirde, whose real name is Jane Marczewski, died last Saturday, Feb. 19, her family confirmed. She was 31.

After her long battle with breast cancer, the singer succumbed to the disease that had “spread to her lungs, spine and liver,” as per a TMZ report yesterday, Feb. 21. Her family notified the public of her death through a statement obtained by the publication.

“Those who knew her enjoyed her larger-than-life personality and sense of humor. She had a witty joke for every occasion — even if the joke was on her,” a part of the statement read. “Her lasting legacy will be the gift of hope she communicated through music and the strength she found in Jesus.”

Nightbirde joined the talent competition in June last year and earned admiration from the public with her hopeful spirit amid her illness. She received a golden buzzer from one of the judges of the show, Simon Cowell, after she performed her original composition entitled “It’s Okay.”

“It’s important that everyone knows that I’m so much more than the bad things that happen to me,” Nightbirde said during her audition. “You can’t wait until life isn’t hard anymore before you decide to be happy.”

“I have a 2% chance of survival but 2% is not zero percent. 2% is something and I wish people knew how amazing it is,” she added.

Two months after getting in, Nightbirde withdrew from the competition, citing that her health took a turn for the worse and her fight with cancer demanded all her energy and attention.

“Life doesn’t always give breaks to those that deserve it — but we knew that already,” she stated.

“America’s Got Talent” paid tribute to the late singer through a statement released on its Twitter page, Feb. 22.

“Your voice, your story, and your message touched millions. Nightbirde will always be a member of the AGT family. Rest In Peace, Jane,” it said.

Your voice, your story, and your message touched millions. Nightbirde will always be a member of the AGT family. Rest In Peace, Jane. pic.twitter.com/dhKdrecEIv

“We are saddened to learn about @_nightbirde’s Passing. Our Condolences goes to her Closest Family & Friends in such of This difficult time. We Love you, Nightbirde,” Crews said. Anne Pasajol/JB

Read Next
The Simpsons are getting a new lease on life as fashion icons
EDITORS' PICK
The vivo Y16 makes the season of giving more thoughtful for the whole family
House energy committee chair Arroyo bats for cheap electricity
Pagasa: 1 to 2 storms expected in December
PNP: To avoid crypto scam, visit BSP website
The Best Tech Gifts For The 2022 Holidays
LPG prices up by P2.25-P2.27/kg effective Dec 1
MOST READ
SSS: Pensioners 13th month, year-end benefits to be released first week of December
LOOK: Kris Aquino visited by ‘Kris TV’ sidekick Darla Sauler in US
Carlos Padilla’s comments on Pacquiao fight under review by WBC
Maharlika fund has Marcos go signal – Diokno
Don't miss out on the latest news and information.