One year after Bataclan: Berlinale film explores the aftermath of terror 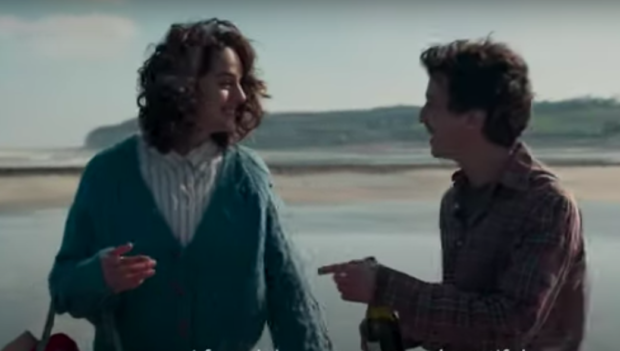 “One Year, One Night.” Image: screengrab from Berlinale clip via YouTube/The Upcoming

BERLIN — Holed up in a cloakroom for hours as gunmen rampaged around the Paris Bataclan nightclub in November 2015, Ramon Gonzalez was preoccupied with one thought: what if he died having achieved nothing, his life a failure?

It was this thought in the mind of a terrified man that prompted Spanish director Isaki Lacuesta to make “One Year, One Night” examining the aftermath of the attack, in which 90 concertgoers died, as well as another 40 elsewhere in Paris.

The drama, based on Gonzalez’s real-life experiences, premiered at the Berlin Film Festival on Sunday. It follows the impact of that one night on Ramon, played by Nahuel Perez Biscayart, and his partner Celine, played by Noemie Merlant.

The trauma prompts Ramon to rethink his life, quitting his job to become a teacher, but the memory of the sounds and smells of that night floor him repeatedly.

“In the type of society that we now live in and the types of lives we lead, we all do such an enormous amount of things that we don’t want to do but we hold off from changing,” said Lacuesta on the red carpet ahead of the premiere.

Celine, seemingly better able to master her feelings, throws herself into caring for her emotionally injured partner, but at the expense of postponing her own reckoning with the night that scarred them.

The film lures the audience into sharing the couple’s bewilderment, shocking them with sudden noises and unexpected movements, but also by springing fragments of that night on the viewer, forcing them to experience the same slow reckoning with the shards of a shattered memory.

A Monteverdi aria underpins the film, repeated throughout but subjected to ever greater distortion as the protagonists question their memories.

“Making it was an emotional rollercoaster,” Lacuesta said, describing how, halfway through filming, they realized they still had a “waterflow of emotions, from the most euphoric to tragic” ahead of them. JB