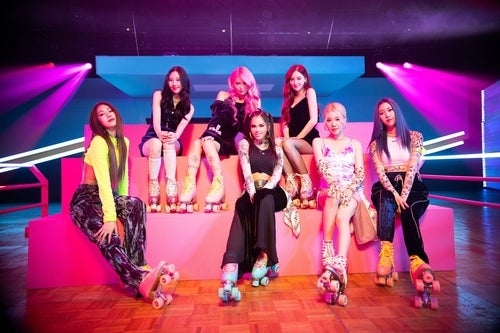 SEOUL — South Korean girl group Momoland will embark on a promotional tour of Mexico next week for its new digital single, seeking to advance to the broader Central and South American market, its agency said Tuesday.

The six-piece group will leave for Mexico on Monday in its second trip to the region since 2019 when it appeared on the country’s music-themed pay-TV channel Telehit, according to MLD Entertainment.

During the upcoming visit, Momoland will appear as a special guest in the final round of “Todos a Bailar,” a dance competition show on Mexican broadcast network Azteca UNO, and perform its all-English song “Yummy Yummy Love.”

Released on Jan. 14, the song has drawn attention from the music industry for being a collaboration between the K-pop group and Dominican singer Natti Natasha.

The group will then engage in various promotional activities for the new single in major Mexican cities, including Mexico City, Guadalajara and Monterrey, the agency said. (Yonhap)

Momoland gives back to Philippines

Merries in the hearts of Momoland