'And Just Like That...' : Go behind-the-scenes of 'Sex and the City' sequel in a documentary | Inquirer Entertainment
Close
menu
search

‘And Just Like That…’ : Go behind-the-scenes of ‘Sex and the City’ sequel in a documentary 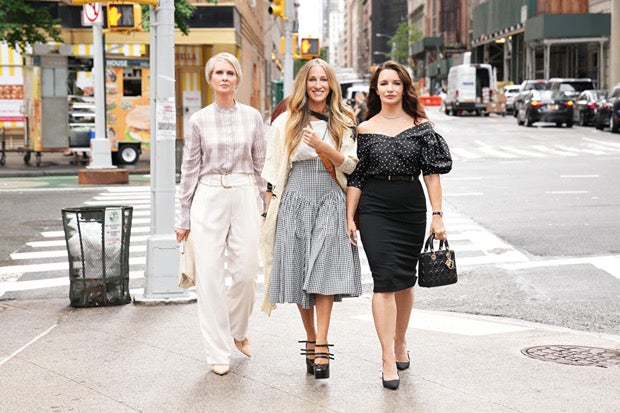 In “And Just Like That,” Carrie Bradshaw, played by Sarah Jessica Parker, co-hosts the “XYandMe” podcast, which discusses sex and relationships. Image: HBO Max

Get ready for more about the series “And Just Like That…”. The first season of the “Sex and the City” sequel will air its final episode this Thursday, Feb. 3 on HBO Max. On this date, the streaming platform has also decided to unveil a behind-the-scenes documentary about the show.

On the program, fans of Carrie, Miranda and Charlotte will be able to discover interviews with cult actresses Sarah Jessica Parker, Cynthia Nixon and Kristin Davis. Newcomers like Sara Ramirez, who played Dr. Callie Torres in “Grey’s Anatomy” as well as controversial character Che on the show will be interviewed as well as producers and costume designers.

HBO Max has already unveiled the trailer of this documentary, giving a glimpse of the discussions between the writers and Cynthia Nixon, who plays Miranda, behind the camera.

According to Sarah Jessica Parker, a second season is already being discussed. The series “And Just Like That…” tells the New York adventures of Carrie Bradshaw, Miranda Hobbes and Charlotte York Goldenblatt, now in their 50s and as fashionable as ever. JB

From ‘Bel Air’ to Tolkien, streamers lean on remakes

TAGS: And Just Like That..., Cynthia Nixon, Kristin Davis, Sarah Jessica Parker, Sex and the City