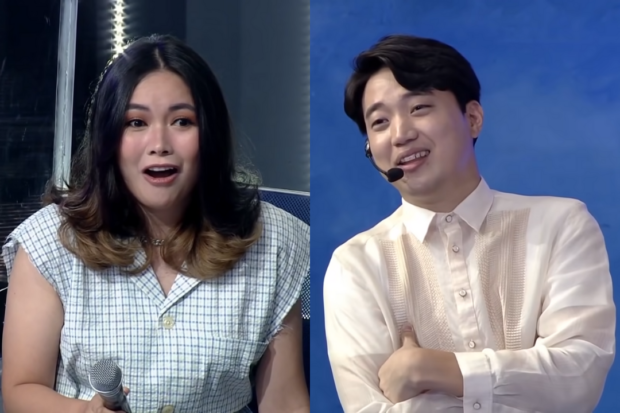 Yeng Constantino and Ryan Bang  belatedly received closure from their romantic history after more than a decade, revealing that they could have had a chance at love if they understood each other at the time.

The two recalled when Bang courted the singer back in 2010, only for him to “ghost” her after some time, as seen in the episode of “It’s Showtime” yesterday, Jan. 28. Their past romantic ties came up when a contestant in the show’s segment, “Tawag ng Tanghalan” confessed she was hesitant to enter a relationship due to fear of getting hurt.

“Minsan, kahit hindi mo nga naging jowa, basta nagparamdam na sa ‘yo tapos biglang nawala, napakasakit talaga. ‘Di ba, Ryan?” Constantino teased the actor-TV host. (Sometimes, even if he did not become your boyfriend, as long as he just showed his feelings for you and then left you suddenly, it really hurts. Isn’t that right, Ryan?)

Bang appeared to be shocked by Constantino’s teasing and was asked by his “It’s Showtime” co-host Vice Ganda about what happened between them and what he felt when Constantino rejected him.

Constantino then clarified that she did not reject Bang, noting that she actually got sad when the actor stopped pursuing her.

“Hindi kita binasted. Tumigil na lang siya magpadala ng kape,” she said. (I did not reject you. He just stopped sending me coffee.)

When asked by Vice Ganda if she and Bang had a chance at a relationship, Constantino said that it would have been possible at the time.

Bang, meanwhile, recalled how persistent he was when he courted Constantino—from sending her coffee to going to church with her every Sunday. He then explained that he stopped courting her because he thought she did not like him.

After being scolded by Vice Ganda for “ghosting” Constantino, Bang expressed how sorry he was for not properly saying goodbye to the singer.

(I’m sorry. I should have said goodbye, asked you. When I courted you, that really came from my heart. You were my very first crush, that’s you.)

The two can then be seen hugging in a behind-the-scenes moment captured on the “It’s Showtime” official Twitter page, also yesterday.

Constantino has been married to her husband, Yan Asuncion, for almost seven years. The two wed at a ceremony in Indang, Cavite, in 2015 on Valentine’s Day.  /ra