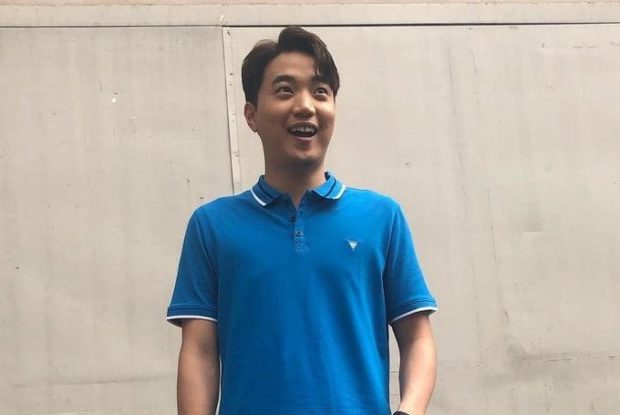 Ryan Bang looked back at the time he experienced beatings from a former guardian when he first stayed in the Philippines about 16 years ago.

The comedian-TV host opened up on the physical abuse he experienced when he was in seventh grade during an interview with talent manager Ogie Diaz for the latter’s YouTube vlog yesterday, Nov. 17.

Bang stayed with his mother’s male best friend when he first came to the Philippines in October 2005. At the time, he had to live with his guardian in a house with fellow Koreans. During his stay at the home, he made a friend whom he called his “ate.”

Bang’s guardian and his “ate” eventually started dating, so he moved with them to a new home. According to Bang, he was very close to his “ate” and  treated her like his sister, just like his “It’s Showtime” co-hosts Karylle and Anne Curtis.

“Naging dyowa ‘yung guardian ko, ‘yung best friend ng mommy ko. So sweet ako pero hindi ko niligawan,” he said. (He became the girlfriend of my guardian, my mom’s best friend. I was so sweet to her, but I never courted her.)

The actor believes this closeness between him and his friend may have been the reason his guardian got jealous and beat him up while he had dengue.

(I was diagnosed with dengue, I bought various items from the drugstore. I texted ate, “Come home. It really hurts, come home.”)

(Maybe my mom’s best friend was drunk, when he got home he beat me up. I don’t even know why. I had dengue and I was beaten up, my face was swollen. Maybe he got jealous because I was close to his girlfriend before they started dating.)

Bang was left sleepless after the experience, so he decided to return to Korea to be with his mother.

(I saw a flight ticket to Korea in my room. I could not sleep. While I was packing my clothes, I called my mom and said, “Mommy, pick me up at the airport at this time.” I went home to Korea. I was really angry.)

Bang eventually came back to the Philippines after his mother told him he had to work while in Korea. He stayed with a different friend and though he struggled to adjust to the new household, he described the home as “safe.”

He continued his studies in an international school in the Philippines, until a friend asked him if he wanted to audition for the reality TV competition “Pinoy Big Brother.”

Bang was one of the international housemates in “Pinoy Big Brother: Teen Clash of 2010,” where he finished as a runner-up. The Big Winner in his batch was actor James Reid.  /ra