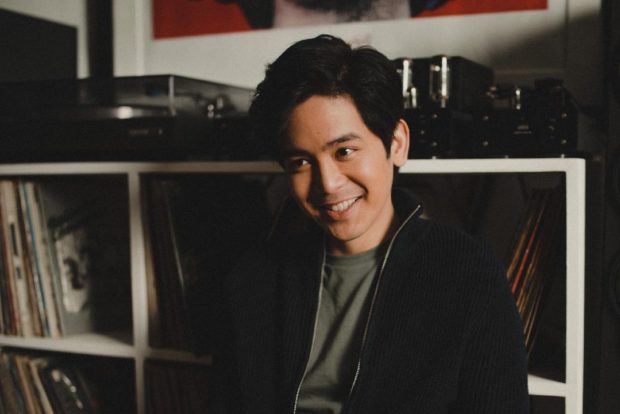 Joshua Garcia has clarified that he does not have an official Facebook page as he called out a fake account posing as him.

The page showed a photo of Garcia sitting next to a woman, who was described as his “liwanag” (light). It appears actress Ria Atayde was the one shown in the said post, as Garcia tagged her when he made his clarification.

“Hello! This is not mine! I don’t have [a] Facebook page! Thank you,” he informed fans. 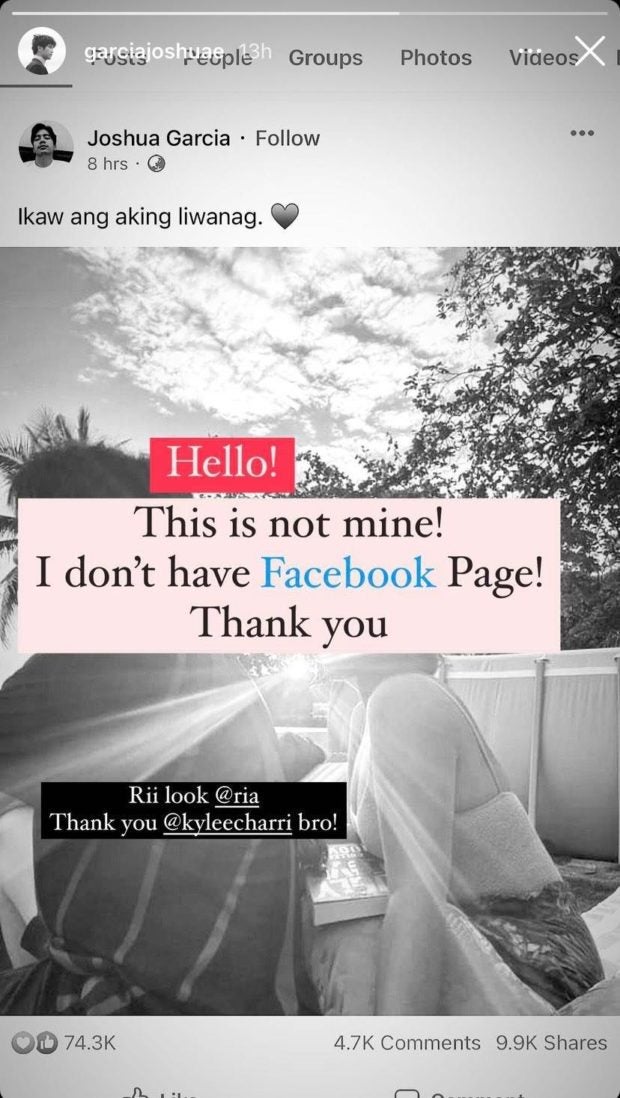 Atayde, meanwhile, poked fun at the “liwanag” post while reminding the public to always check their sources, as seen on her Instagram Story, also yesterday.

“Liwanag? Bakit? Hahaha. So funny but also, another reminder to always check your sources,” she said. 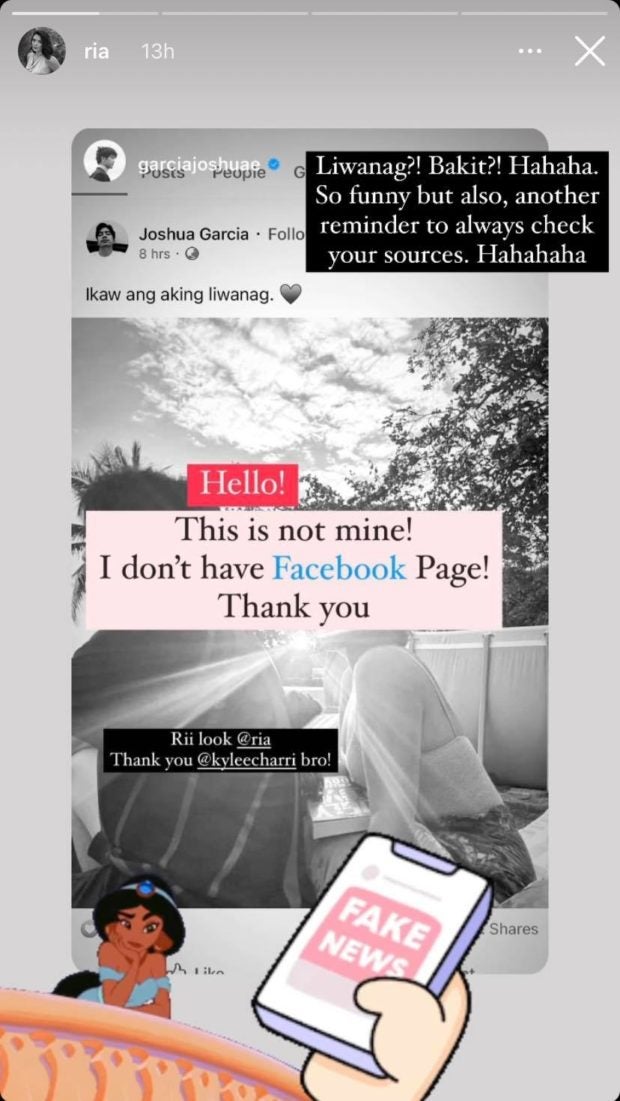 Garcia and Atayde were recently seen with their friends and fellow celebrities Kathryn Bernardo and Daniel Padilla for a brunch “triple date” last Sunday, Jan. 23. In July last year, they also went on a camping trip with the couple, as well as actress Sofia Andres and her partner Daniel Miranda.

Meanwhile, Garcia admitted earlier this week that among his leading ladies, he had a crush on Janella Salvador. The actress then revealed that she has known about Garcia’s crush on her for some time now, from when they worked together in the drama series “The Killer Bride.”  /ra