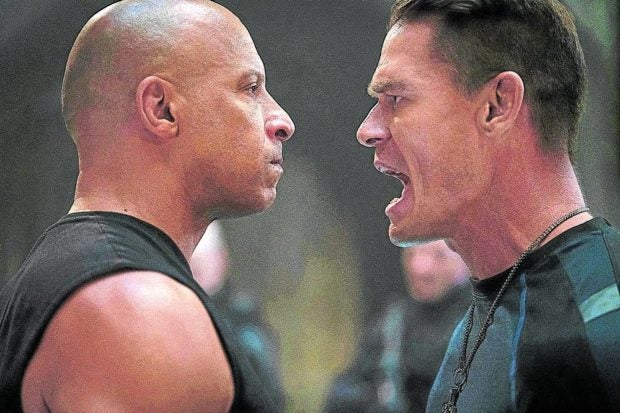 A lot of ink has been spent writing about John Cena’s splashy participation in “F9: The Fast Saga,” but the return of Sung Kang (Han Lue in “The Fast and the Furious: Tokyo Drift”) and Justin Lin (director of “Fast & Furious,” “Fast Five” and “Fast & Furious 6”) into the fold is just as significant for fans of the series.

During our paired interview with Justin and Sung, the director told us that the idea of being able to go beyond people’s expectations—like letting cars fly from a high-rise building or bringing dead characters back to life—is one of the things that attracted him to the action franchise.

“It’s funny because I don’t actually go to sleep thinking, ‘Who am I going to bring back this time?’ Look, what I love about ‘Fast and Furious’ is that it isn’t based on a comic book or a preexisting IP (intellectual property). So, it really is anything we can make it!

“When I first got together with Vin Diesel (the series’ lead star), we both connected to the idea that, ‘Hey, we’ve been labeled our whole lives this way or that way.’ If we’re lucky enough to be able to build and expand this, let’s keep defying labels and expectations. That’s been the spirit of ‘Fast and Furious.’ But while I love the idea that anything is possible, it has to be earned!”

Scene from “F9: The Fast Saga”

And so, viewers get to see Han in “F9.” The fan-fave street racer perished in a fiery car crash in “Tokyo Drift.” But this angered fans who then launched the Justice for Han movement, which demanded “reparations” by seeking to punish Deckard Shaw (Jason Statham) for his hand in Han’s demise. Even Han’s loved one, Giselle Yashar (Gal Gadot), fell to her death when she let go of Han’s hand as an act of sacrifice during their attempt to stop a plane.

“I ‘experienced’ the Justice for Han movement when I was away,” Justin recalled, laughing. “Fans would stop and talk to me about it, so I was equally baffled by the reaction to the fate of one our fan-favorite characters. It confused me. But I was glad that people were voicing out and wanted justice for him.

“So, when the idea of coming back to the franchise and exploring ‘Fast’ in this new chapter came up, it became organic for me to say, ‘Well then I’ve got to make sure I correct something that was wrong.’

“I feel very lucky to return to this and also for the opportunity to do something right—and work with Sung again. And now, I feel like, ‘OK, that was probably the best thing that’s ever happened.’ The fact that we can continue the legacy of Han is great!”

It certainly has been a long lull before Han was brought back to the franchise.

When Sung was asked to discuss what his character did in the years that followed … when people thought he was dead … the actor, who’s now 49 years old, said that he couldn’t give the story away because it would spoil the fun for viewers who have yet to watch the film.

“I can’t go there, sorry,” he quipped. “But I can tell you the one thing that he did: He went to the barber shop (laughs)! Has the near-death experience changed him? Well, time has a way of changing anyone, especially when you lose someone you love.

“Han is older now. Like him, Justin and I are already older in life and yet, we’re able to come back and put our life experiences into the film and into the character of Han. So, I would say Han is most definitely a different man. He’s changed … for the better.” 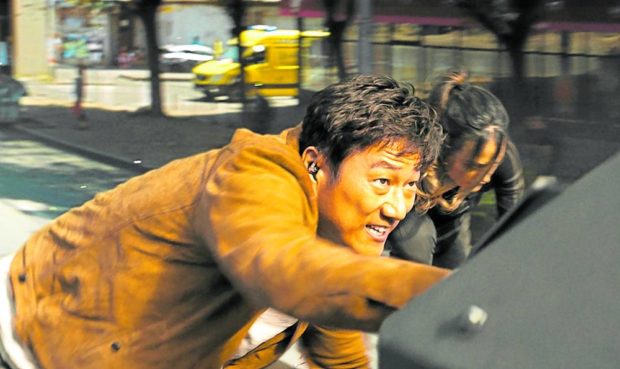 We told Justin that we thought it was under his watch that “Fast and Furious” became the box-office behemoth that it is today. Does he have a favorite among the films’ many jaw-dropping stunts?

“This may sound like a cliche, but every film is truly like a child,” Justin said. “Having a 12-year-old son, I can tell you it’s very much like that, because what you do is do the best you can in developing it.

“You work hard every day when you’re on the movie set and, once it’s done, you’ve got to let it out in the world however it’s received. So, all these films and the stunts in them have a very special place in my heart. Each of them contributes to my growth as a filmmaker.

“It’s wonderful to be sitting here with Sung now. ‘Tokyo Drift’ was the film that made it all possible because that was when nobody believed in us. We would look at each other and said, ‘You know what? They can laugh at us or whatever, but we can just work hard and try to earn [their respect]. From that, we started building this whole thing—and then Vin joined us. I really clicked with Vin because we had the same mentality.

“We didn’t take it for granted, so we were able to build it to a point where, when ‘Fast 6’ came around, I felt like that was already enough for me. I wanted to try other things but, at the same time, I was very lucky that the studio was always calling me to say I could go back anytime.

“Sung can attest to this: I think Hollywood can be a very lonely, crazy place—and to be able to share this journey with all these amazing people is special. We truly built a family, and that’s so rare and meaningful. It makes you feel you’re not alone.

“So, to answer your question, I feel like the next one is always going to be better. I’m going to get better every day—that’s just the way I am.” 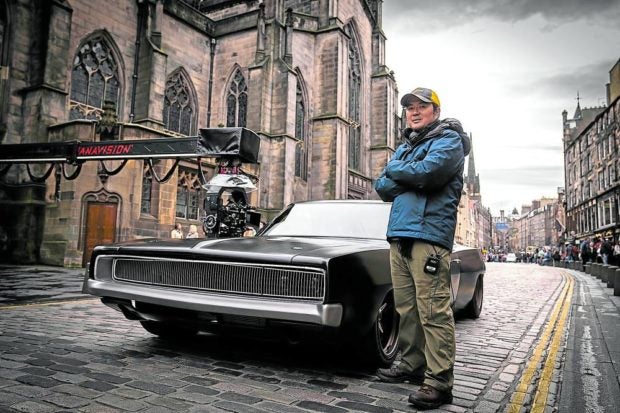 For his part, John Cena said he had always been a huge fan of “Fast and Furious.” When he was asked who his favorite character was, he quickly said, “Oh, it’s got to be Dominic Toretto (Vin’s iconic character). There are so many epic moments in these films, like the time Brian (Paul Walker) let Dom evade the police in his 10-second car [at the end of 2001’s ‘The Fast and the Furious’]. The list goes on and on. “Another one that sticks out in my mind happens in ‘Tokyo Drift,’ when Dom pulls up in the Charger. That’s why I singled Dom out, because the franchise did experiment taking the series in different directions.

“But at the end of ‘Tokyo Drift,’ when you see Dom behind the wheel of the black Charger, you can see where it’s headed—and it has paid off! You go, ‘Oh man, this isn’t even close to the end; they’re just getting started!’”

Asked how his foray into the “Fast and Furious” universe has influenced his driving skills, John quipped, “I drive a bit safer now (laughs).”

After we mentioned to John how good he was at mining the initial ambiguity of his character in the film, we asked him for his thoughts about his frequent collaboration with the Make-A-Wish charity. To which does he owe his disarming sensitivity?

“It’s a misconception that I am a tough guy,” John said. “I’m a human being, and I think the definition of tough has been horribly misinterpreted over the years. Anyone in a position of success or influence gets to a point where he thinks outside of himself—and I don’t think philanthropy is outside of anyone’s priorities.

“If you don’t become interested in any sort of philanthropic venture, you may need to start asking more questions about yourself. So, I’m grateful that that’s kind of a natural progression of the process.

“And, man, to be in a position to think outside of oneself is a very fortunate one. Every day, I think about how I can not only be the best me, but how I can help others, if given a chance. So, for the stereotypical definition of tough, I don’t fit your mold—and perhaps that’s why things are the way they are.”