‘Spider-Man: No Way Home’ swings to 6th highest grossing movie in history with $1.69B globally 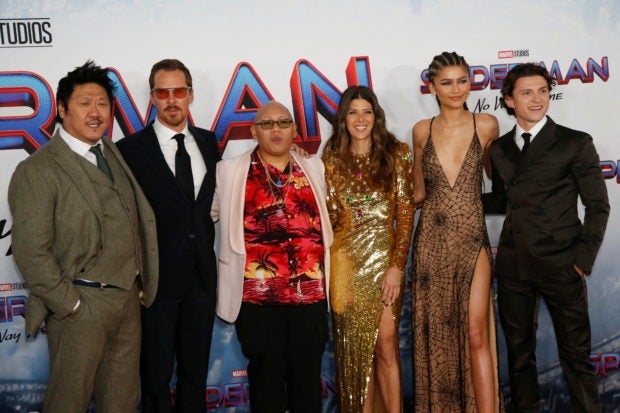 LOS ANGELES — Add another notch on the long list of box office achievements for “Spider-Man: No Way Home.”

Over the weekend, Sony’s comic book adventure became the sixth-highest grossing movie in history with $1.69 billion at the global box office (not adjusted for inflation).

Now in its sixth weekend of release, “Spider-Man: No Way Home” returned to the number one slot in North America, adding $14.1 million between Friday and Sunday, along with $27.7 million overseas.

The superhero epic, starring Tom Holland as Marvel’s neighborhood web-slinger, opened in December and has generated $721 million at the domestic box office and $970.1 million internationally.

Outside of the United States, where “No Way Home” ranks as the fourth biggest movie ever, Spidey’s latest adventure has done especially well in the United Kingdom, Holland’s birthplace, amassing $116 million to date.

Other top-earning territories include Mexico with $73.4 million, South Korea with $60.6 million and France with $59.9 million. It’s notable that “No Way Home” has managed to shatter records and smash expectations without playing in China, which is the world’s biggest moviegoing market. GSG/JB