Anniversary concert marks 10 years of ‘triumphs and struggles’ for Morissette 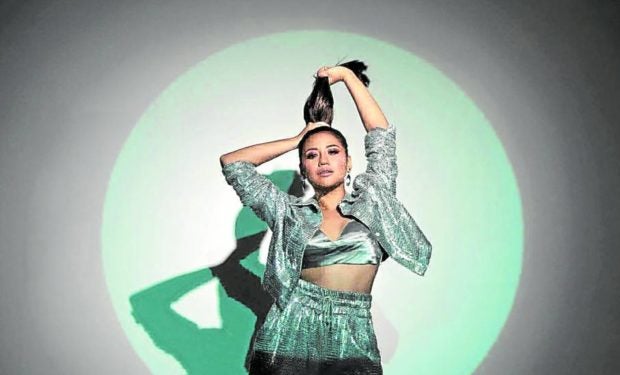 Dubbed by fans and the media as “Asia’s Phoenix,” Morissette has grown to embrace the title for what it symbolizes. Like a bird rising from the ashes, she sees herself as someone who persevered through adversity and willed herself to get up every time she fell.

And so it was only fitting, she felt, to celebrate her 10th anniversary in show biz with a concert also called “Phoenix.”

“I love what it means … rising from the ashes, rising up from struggles. I joined different singing contests like ‘Star Factor’ and ‘The Voice Philippines.’ I didn’t win any of them. But I didn’t let that stop me,” she said in a recent Zoom conference for the two-night show, which will be streamed on KTX on Jan. 23 and 24.

“It’s a constant reminder, especially now amid the pandemic, that even if there are obstacles along the way, we push on and let God handle the rest,” she said.

While her first decade in the industry has been marked by many achievements and challenges—both personal and professional—what matters, Morissette pointed out, is how you handle them.

“The struggles will always be there—some of them people know about, some of them only I know about. Things can get stressful at times, even if you really love what you’re doing. What I have learned the past year is that you can’t control everything; that it’s a matter of managing yourself better,” she told the Inquirer.

“Yes, there are a lot of work to do, but you also have to find time for yourself. I was so used to prioritizing work and other people,” she added. “But now, I do what I do also for myself and God. I’m glad to have found that balance.”

Prior to the pandemic, the 25-year-old recording star and her team entertained ideas of holding a major concert at a big venue, and going on tour around the country to mark her 10th anniversary. But when it became apparent that the current situation wouldn’t allow them to execute such a plan, they pivoted toward the digital space.

“It’s not the usual show I do; we curated it to fit the medium. It’s intimate, but at the same time, the production, the treatment of songs, the cinematography are grand. It’s very artistic,” Morissette said of “Phoenix,” which is her first major digital concert. “We have released a teaser, and I love how the fans say that it looks like something they could find on streaming sites.”

Carefully put togetherThe repertoire, on the other hand, was something Morissette carefully put together. “It’s a celebration of my 10 years in show biz, so definitely the favorites will be there. I made sure that each song has a deep connection to me. There will also be my favorite covers… And then, there are the basag-lungs songs that people love. We squeezed those in the show,” she said.

Perhaps more importantly, the show will also feature songs from her latest EP “Signature,” which she wrote and coproduced. While Morissette has amassed massive streaming numbers across various streaming platforms over the years, most of them are from covers of hits like Little Mix’s “Secret Love Song” or “Akin Ka na Lang,” which she originally interpreted in the 2014 Himig Handog songwriting contest.

Moving forward, Morissette said she’s determined to continue working on her songwriting and production skills—something she only discovered during the lockdown. With nothing to do at home but simmer in her own thoughts, she figured she might as well write them down. “I get inspired by colleagues who write their own music,” she said. “I hadn’t done it before, because I didn’t have the courage to do it. But because of the pandemic, I was given a chance to do it. If it weren’t for that, I would have probably just settled being a singer and have so many excuses, like ‘Hindi ko kaya,’ etc.”

But working on “Signature,” with her fiance, who’s also a musician, allowed her to view music from a new perspective. “It really is a process … you don’t always get what you want on the first try. I became more appreciative of the work that goes on behind the scenes. And now that I have experienced it, I want to keep nurturing it,” she said. “I want to continue representing Filipino music.”