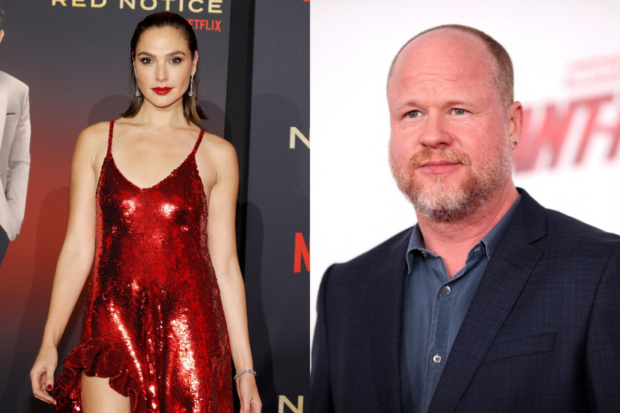 Joss Whedon has denied that he threatened Gal Gadot’s career, saying the actress’ misconduct allegations against him was the result of a misunderstanding because “English is not her first language.”

The director responded to accusations that he had been “abusive” on the set of the 2017 film “Justice League,” in his interview with New York Magazine’s Vulture last Monday, Jan. 17.

“I don’t threaten people. Who does that?” he said in the interview, adding that Gadot “misunderstood” him. “English is not her first language and I tend to be annoyingly flowery in my speech.”

Whedon then recalled an argument he had with Gadot over a scene that she wanted to be cut. He jokingly told her that if she wanted the scene to be removed, she would have to “tie him to a railroad track and do it over his dead body.”

“Then I was told that I had said something about her dead body and tying her to the railroad track,” he was quoted as saying.

Meanwhile, Gadot remembered the interaction differently, as per her statement to Vulture on its Twitter page yesterday, Jan. 18.

“I understood perfectly. I will never work with him and would never suggest any of my peers to work with him in the future,” she said.

Fans and scholars alike used to worship him for creating “Buffy the Vampire Slayer.” But in recent years, Whedon’s good-guy image has been tarnished by a series of accusations, each more damaging than the last pic.twitter.com/YqzILT0iIu

Whedon’s response to the allegations comes months after Gadot opened up about her working relationship with him during reshoots of “Justice League.”

Gadot reportedly questioned her “more aggressive” lines in the film, but Whedon was dismissive of her concerns. She then said in a 2021 interview that Whedon threatened her by saying he would make her career “miserable.”

Prior to this, her co-star Ray Fisher talked about his concerns on Warner film studio’s actions on the issue. Fisher accused the film’s producers Geoff Johns and Jon Berg of “enabling” Whedon’s “abusive” behavior.

Whedon dismissed the said accusations, insisting that he had “friendly” and “respectful” conversations with Fisher regarding his character. He also called Fisher a “bad actor in both senses.”

Apart from “Justice League” stars, “Buffy the Vampire Slayer” star Charisma Carpenter also accused Whedon of on-set abuse. The actress averred that Whedon was “hostile and toxic” while filming, and that working with him left her “traumatized.” Dana Cruz /ra