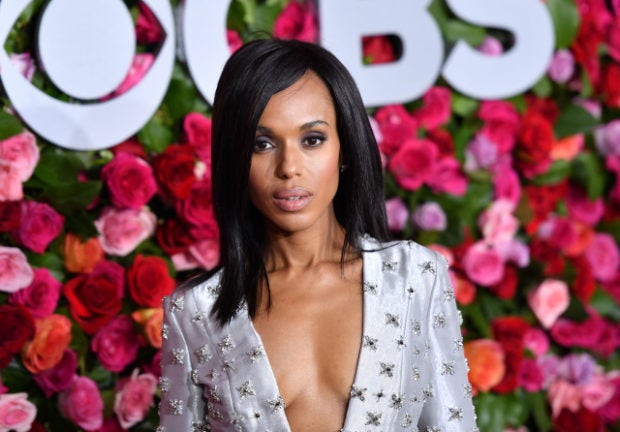 Podcast series are definitely in vogue. An increasing number of actors are signing up for these productions. The latest actress to get on board is none other than Kerry Washington. Her production company will develop three series for Audible, and the star will even play the main role in one of them.

The first series, entitled “Prophecy,” will chronicle the simultaneous and inexplicable events affecting three people around the world. Kerry Washington will play the role of Virginia, a hydrologist. The supernatural thriller will also follow the fates of Daniel, a British zoo veterinarian, and Jonah, a commercial extender. They will discover a strange connection between their stories and the biblical stories of the Virgin Mary, Daniel in the lion’s den and Jonah and the whale. The three characters will have to fight to survive. Eight audio episodes will compose this series for Audible, which should be available in mid-2022.

A thriller, a comedy and a drama

The second series, “Between Me and You” created by Allison Winn Scotch and Pete Chiarelli (“Crazy Rich Asians”), will be adapted from the novel of the same name. The romantic comedy will tell the love story of Tatum and Ben, a couple who fall in love after college and are now at a critical point in their lives.

“The Last Black Queen” will be the third series. A drama created by Darnell Brown (“American Soul”), the story will focus on the life of Maya Foster, a middle-aged black woman who ignores her own desires to lead a conventional life. Her encounter with Aimé, a mysterious and seductive young woman, will awaken her sexual desire. It’s an awakening that could threaten Maya’s entire life. Each episode will tell the story from Maya’s point of view.

“Our focus at Simpson Street is to weave together narratives that honor our unique differences while connecting us through shared humanity,” said Washington in a press release. “Expanding into the podcast space, especially with Audible, is a phenomenal opportunity to engage in storytelling across multiple mediums. We could not be more excited!”

“The art of storytelling is constantly evolving and through podcasts, there’s something thrilling and fresh about putting a new and modern spin on the idea of past time radio dramas. We could not think of anyone more perfect to share our stories with than Audible,” said Pilar Savone.

Washington is the latest Hollywood personality to join the Audible catalog. The three series will join Neil Gaiman’s “The Sandman,” “The Coldest Case” with Aaron Paul (“Breaking Bad”) and “Hit Job” with Pete Davidson. JB

The top-earning musician for 2021 is…