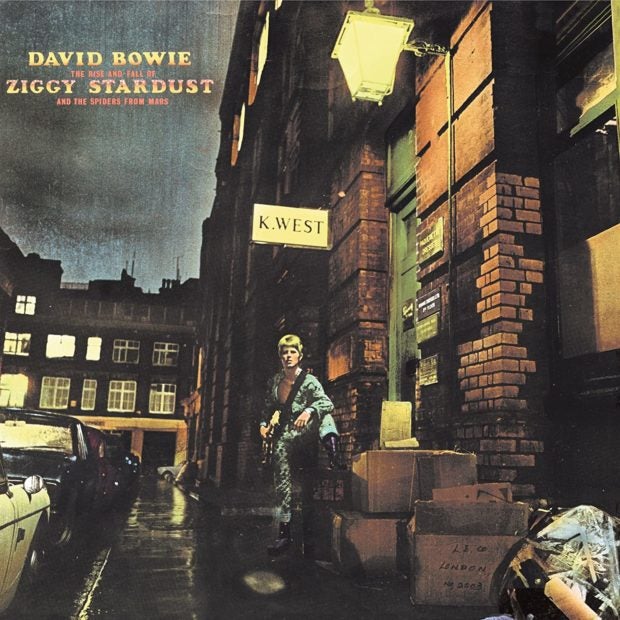 There must have been something in the water in 1972. There almost certainly was for these guys.

It was a year that spawned several instant Americana classics, and one that was seemingly beamed down from outer space, that came to define rock music and set the template for the sexy, seedy decade to come.

‘Exile On Main St.’ by The Rolling Stones

For guitarist Keith Richards, it was the definitive Stones record.

Fleeing the British tax authorities, the group settled into the rambling Nellcote villa on the Cote d’Azur in southern France, got high and knocked out arguably their last truly great album.

It is notable for lacking any standout pop hits, instead serving as a love letter to United States gospel and blues, with an astonishingly consistent set of 18 songs including “Sweet Virginia” and “Tumbling Dice” that became fan favorites. Rock critic Yves Bigot was there.

“I wasn’t one of the dealers,” he told AFP, laughing. “I was a kid from the region and we would sneak in with the food delivery guys in the morning when no one was awake. I stayed in the corner, and can confirm that the Stones were indeed alien creatures.”

Elton John was also sojourning in style in France, in the Herouville chateau outside Paris that had been turned into a recording studio. The reportedly haunted pile was popular with other 70s luminaries including David Bowie and Iggy Pop.

“Elton was in his imperial period, with some incredible tunes like ‘Honky Cat’ and ‘Rocket Man’,” said Bigot.

It underlined John’s star status in his native Britain, and “laid down the foundations for ’70s soft-rock as a whole,” in the words of music bible NME.

Bowie found his most perfect avatar in Ziggy and in the process did perhaps more to awaken the world to the idea of gender fluidity than anyone in 20th-century culture.

A sense of authenticity was key: while decadent campness was everywhere in the rock scene at the time, Bowie “never made his sexuality anything more than a completely natural and integral part of his public self, refusing to lower it to the level of gimmick,” wrote Rolling Stone at the time.

There were immediate hits like “Starman” and “Suffragette City,” but also an all-encompassing vision: futuristic and other-worldly, yet also rooted in the grimy, twisted world of cabaret that kept it firmly Earthbound.

As was underlined in last year’s documentary by Todd Haynes, “The Velvet Underground,” Reed was a prickly character whose ego helped destroy one of the most influential bands of the 1960s.

But Reed emerged from the ashes with his most commercial and successful album in “Transformer.”

“Walk on the Wild Side” is now a rock standard, while “Perfect Day” gained a second lease of life two decades later on the soundtrack to “Trainspotting.”

“Harvest” was Young’s fourth album but his mainstream breakthrough, unexpectedly selling millions around the world, propelled by singles “Heart of Gold” and “Old Man.”

After years on the freakier fringes of folk pop, the success worried Young. He later said that he purposefully “headed for the ditch” on his next albums to escape the middle of the road.

But there was darkness on “Harvest” too, especially in the form of “The Needle and the Damage Done,” a harrowing song about drug addiction that foreshadowed the imminent death of two close friends. JB