“They just have to get past this bump on the road,” said actor Markki Stroem, whose family is currently battling COVID-19.

“My prayer at the moment is for my family to get better very soon. I’m still worried about them, even though they are a group of athletic people. My dad, who has had a couple of heart attacks before, just has to get through this,” Markki told Inquirer Entertainment in a virtual chat during the weekend.

“I’m also wishing this not just for mine, but for all the families of all OFWs (overseas Filipino workers) in the world. I wish them all healing and so much love, as well as support. I hope they have someone to talk to if they need help, be it a friend or psychiatrist.”

Markki admitted to experiencing anxiety, “which increased tenfold recently because my family got infected.”

He added: “They are suffering but I can’t do anything about it. This drives me crazy. I would have conversations with my dad on the phone. From what I heard, they have only mild symptoms, but we know this could change in five seconds.”

Markki said he recently took an antigen test, which came out negative. “It’s important to constantly get tested. I know there are monetary factors but if you want to still see your family in the future, get yourself tested before visiting them or before letting anyone in your house,” stressed Markki. “I couldn’t focus on work. I can’t bring them groceries because I also don’t want to leave my condo. I have a lot of things I need to do for work that I won’t be able to do if I get sick. This virus is a major inconvenience.”

“I just wish people have a little more respect for people around them,” Markki said. “A friend told me, ‘there’s a party next week!’ I said, ‘Excuse me? Last time I checked you were around so many people a week ago and you still haven’t gotten yourself tested. Now you’re going to another party?’ Have a little bit of empathy. Always use protection in more ways than one.”

The virtual interview was to promote Markki’s latest project, the boys’ love series titled “Love at the End of the World,” which is currently streaming on the Gagaoolala app.

Markki’s episode is titled “The Loneliest Man on Earth,” which also features Khalid Ruiz and Arrian Labios. “I’m actually playing the character of Mark Anthony in the second episode. This series is fascinating because it features four different couples and at episode 5, it becomes a multiverse; everyone starts to try to find ways to connect to love before possibly the end of the world,” he explained. 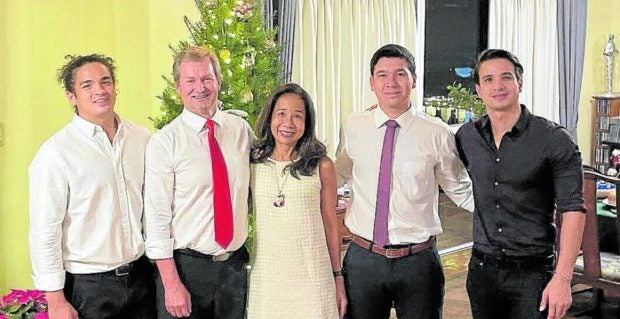 Not a big deal

“Our story tackles codependency, which happens to a lot of relationships. My character is lonely and is clutching on to Rener, who is his rock of support. Rener, however, is blind and Mark takes care of him. The relationship turns toxic because both try to hold on to it but for different reasons: One is clutching for money, while the other is clutching for emotional attachment,” Markki explained.

The Filipino-Norwegian actor, who has also been involved in theater productions since 2011, said kissing another man in front of the camera is not a big deal at all. “Sexuality is a spectrum,” he began. “Initially, people have been saying that sexuality is either black or white, gay or straight. Now there is a level of bisexuality. How queer are you in the queer spectrum?”

He continued: “In your life, you sometimes see a girl and you say, ‘she’s gorgeous!’ You wouldn’t have sex with her, but you find her attractive. In my opinion, as long as you find a connection with the person you’re kissing and love is between two individuals–you find a bond with the individual you’re in a scene with by talking with him or her–then it becomes natural. It becomes like the love you experience with your partner.”

Asked what he would do when he discovers that the world is about to end, Markki replied: “In one interview I said I’d hug my family for one last time. There was another one where I said I would see the seven wonders of the world. Today, based on the gravity of the pandemic situation, I might actually go on a road trip around the Philippines with a significant other just to clear my mind.”

He further said: “When you’re on the road, sometimes, your mind is kind of clear, and sometimes, you tend to just look up to that asteroid (referring to the Adam McKay satire ‘Don’t Look Up’). Essentially we’re also dealing with an asteroid now. It’s interesting to see another take on a similar notion of an asteroid coming and destroying the entire planet.” 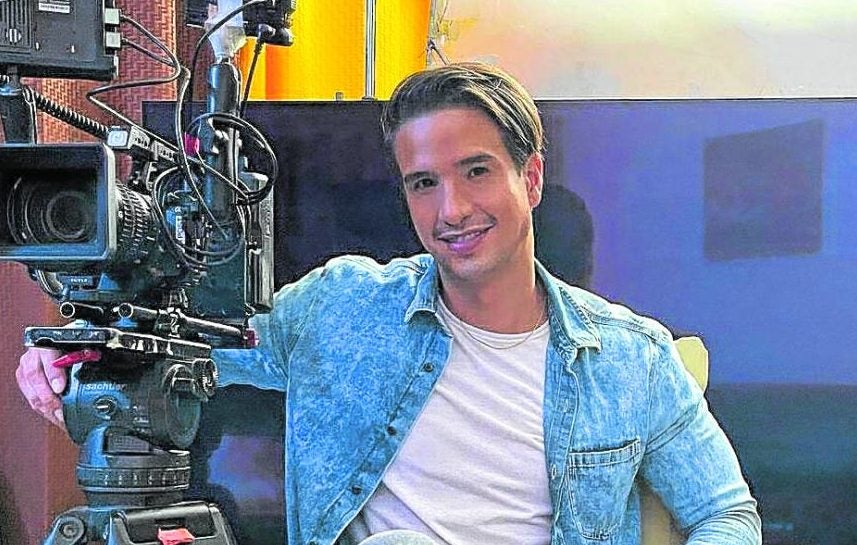 We then made Markki recall the ramp modeling gig he had for several Filipino fashion designers during the Arab Fashion Week in October 2021 in Dubai.

“A designer in the United States saw a video of me walking in high heels (for a TV series where he plays a drag queen) and said, ‘Can you fly to Dubai and walk the runway for me? I said, ‘Why not?’ I don’t think I’d ever get to do it again anyway because I’m 34,” Markki said.

“I got a call from another designer, who asked me to walk for another fashion capital this March. I’m kind of excited. I guess I’m gonna be known as the model who walks in seven- to 10-inch heels. It’s going to be my own brand. From one project–from saying ‘yes’ to something I was so scared about–I was able to land something so momentous.”

“Everyone was so accepting and understanding of gender and the complexities of LGBT community. They applaud when they see something new, fresh, and something that’s never been done before on the fashion runway of an Arab muslim country, including underwear,” Markki recalled.

“Initially, I thought I was going to be brought to prison. It was funny because one of the producers went up to Michael to ask if he showed underwear in his show. I was standing next to Michael and he whispered to me, ‘Markki, did you wear underwear in our show? That’s not allowed in Dubai.’ I said, ‘I didn’t know that initially.’ I was scared of what would happen to me after the show. At the end of the day, it was still a fashion statement and it will go down in Dubai fashion runway history.”

“Love at the End of the World,” directed by Mark Shandii Bacolod, premiered on Dec. 30 on Gagaoolala. New episodes are released every Thursday at 12 midnight.

TAGS: Love at the End of the World, Markki Stroem