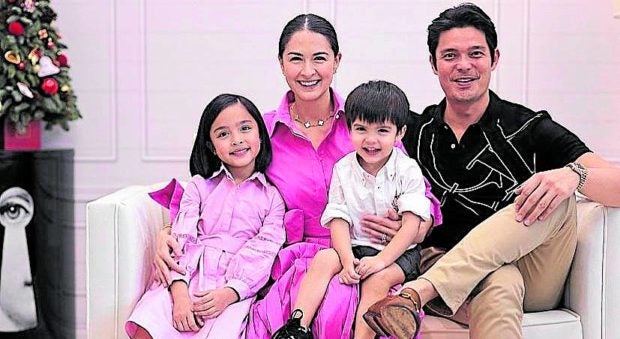 The last time we interviewed Dingdong Dantes about his current Metro Manila Film Festival (MMFF) entry “A Hard Day,” we also couldn’t help asking him about his pre-Christmas trip to the city of Eilat in Israel with his wife Marian Rivera for the 70th Miss Universe pageant.

“Eilat is four hours away from Tel Aviv, Israel’s economic center,” the actor told us when asked to describe the experience. “We traveled for hours by land and were witness to the grandeur of the desert, with the Dead Sea in our peripheral view along the way.”

Since Marian was there to help “separate the grain from the chaff” among the pageant’s 80 contestants, we asked Dong if they would consider allowing their uber lovely 6-year-old daughter Zia to participate in beauty contests when she grows up.

“It’s probably too early to talk about this,” Dingdong said. “But one thing is for sure: Whatever makes her happy and wherever she will excel, Marian and I will be there to support her. Our role as parents is to show her options—whether she wants to sing, focus on academics, or take on sports—we will do our best to help her achieve her goals and support her 100 percent.

“But whatever Zia chooses to do, it’s important to give her some guidance. Importante ang paggabay ng mga magulang, so if we know that something isn’t good for her, then we won’t lead her there.”

Incidentally, Dingdong and Marian will be hosting GMA News and Public Affairs’ year-end special “Year of the Superhero” at 7:15 p.m. this Jan. 1 on GMA Network. INQ