30 years in the biz, Jay Manalo shares secret of his staying power 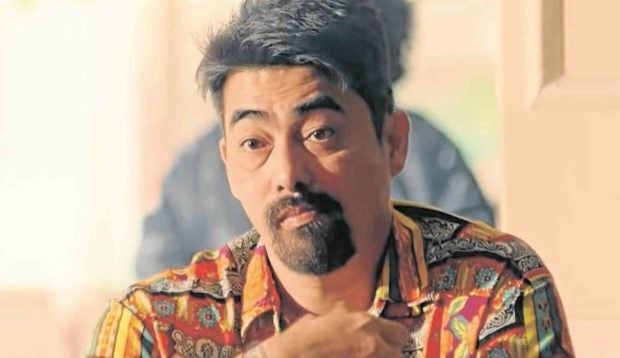 While his days of going full-on sexy in movies are well past him, Jay Manalo said he’s thankful to the supporters who still think he’s desirable at the age of 48.

But now that he’s back with Viva Entertainment, which launched his career in 1994, Jay jested he may have to start taking extra care of his looks again, so he can keep up with the company’s new breed of sexy actors and actresses.

“Since I’m with Viva again, baka magpabata ulit, so we don’t get left behind by the new ones!” he said in a recent virtual conference for the sexy action flick “Hugas,” which will be available for streaming on the online content platform Vivamax on Jan. 14.

The movie had Jay working with Sean de Guzman, who recently starred in a couple of Viva’s sexy online films. He couldn’t help but see a little bit of himself in the young actor.

“When I was starting out in Viva, they couldn’t quite decide where to put me at first. I was put in action films, and then in sexy ones, much like what’s happening to Sean now. I was given daring roles and I was asked if I thought I could do it. I recall telling them, ‘Wala namang problema dun. Pinanganak naman tayong lahat na nakahubad.’”

When working with newbies, Jay tries his best to guide them—the same way his seniors guided them when he was just starting out. “It’s as if I’m looking at myself in the mirror when I work with them. Back in the day, there were veterans, or those who started ahead of me, who gave me advice on what to do in our scenes, what approach was needed,” he related.

“That’s why I look after the younger ones and see if there’s anything I can help them with,” he added.

And when his less experienced coactors make mistakes, Jay makes them feel that it’s nothing to be ashamed of. “Umaalalay ako. We shouldn’t judge them, because that’s how we were at some point in our careers,” Jay pointed out. “We have to help them to make the film better.”

In “Hugas,” Jay plays Boss Dencio, a syndicate leader who hires Al (Sean) for his skills as a hitman. Also part of the gang is Liezl (AJ Raval), a young girl who serves as an accessory to Boss Dencio’s operation. Liezl and Al fall in love and marry each other. Hoping to start their lives anew, the couple plans to break free from the syndicate. But Boss Dencio wouldn’t just let them get away.

Jay added that he didn’t hesitate when Viva offered him a contract to return to its stable of stars. “I have worked with various production outfits, but as they say there’s no place like home.”

After almost 30 years in show biz, Jay remains in-demand in movies and television, where he’s able to hop from one network to another. His secret? Just do your job and don’t ever think you’re better than anyone, Jay said.

“We’re all equal on the set. Magtulungan at makisama, not just with your costars and director, but with everyone,” he said.

“We give our all in whatever project is given to us, so they end up getting us again.” INQ